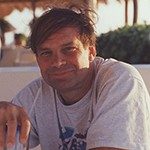 Research in my laboratory is directed toward identifying and characterizing vertebrate retinal photoreceptor proteins and elucidating their role in 1) phototransduction and other signaling pathways, 2) rod and cone photoreceptor cell structure and morphogenesis, 3) lipid transport across membranes; 4) protein and vesicle trafficking; and 5) inherited retinal degenerative diseases which are a leading cause of blindness in the world. In addition we are involved in drug discovery and gene therapy as potential therapeutic treatments for inherited retinal degenerative diseases including macular degeneration and retinitis pigmentosa.

Techniques:
To accomplish these goals, we are developing and applying a wide-variety of current and emerging biochemical, biophysical, immunochemical, molecular and cell biology approaches to 1) purify and reconstitute membrane proteins into lipid vesicles for structure-function analyses; 2) identify and characterize important structural, functional, and regulatory protein domains; 3) define specific protein-protein interactions responsible for the formation of molecular assemblies; 4) develop novel reagents and cell and animal models for analysis of retinal degenerative diseases; and 5) investigate therapeutic interventions for selective retinal degenerative diseases. Some of the techniques currently being employed include:

ABCA4 and Stargardt Macular Degeneration:
ABCA4 is a member of the family of ATP-binding cassette (ABC) transporters that resides in outer segment disc membranes. Over 800 mutations in ABCA4 are responsible for a relatively common early onset retinal degenerative disease known as Stargardt macular degeneration. We have recently shown that ABCA4 functions as retinoid-lipid transporter which plays a key role in the removal of potentially toxic retinoids from photoreceptors. We are currently studying the structure, function and mechanism of transport of ABCA4 and disease-associated mutants in order to determine how selected mutations in ABCA4 cause Stargardt disease. We are also exploring the use of drug and gene therapy as potential treatments for Stargardt disease.

RD3, GC, and Leber Congenital Amaurosis:
RD3 is a 23 kDa protein encoded by a gene associated with Leber Congenital Amaurosis Type 12 (LCA12), a inherited retinal dystrophy which causes severe vision loss in infants. Mutations in RD3 also cause rod and cone photoreceptor degeneration in the rd3 mouse and rcd2 collie which serve as valuable animal models for LCA12. We have recently shown that RD3 plays a crucial role in the trafficking of guanylate cyclase (GC) to rod and cone outer segments. GC is a a key protein involved in the production of cGMP, the second messenger for phototransduction, and associated with Leber Congenital Amaurosis Type 1 (LCA1). Ongoing studies are directed toward elucidating the mechanism by which RD3 facilitates vesicle trafficking of GC to outer segments. We are also carrying out studies to determine if the delivery of the Rd3 gene to photoreceptors using AAV vectors can restore vision and maintain photoreceptor cell survival in the rd3 mouse as a proof-of-concept for the application of gene therapy as a possible treatment for LCA12.

Phospholipid Transport across Membranes:
P4-ATPases and ABCA Transporters function in the transport of phospholipids to generate lipid asymmetry across biological membranes and facilitate lipid homeostasis. We have recently purified and characterized a P4-ATPase known as ATP8A2 and have shown that it is localized in rod and cone photoreceptors where it transports or flips phosphatidylserine and phosphatidylethanolamine across cell membranes, a process that is important in vesicle trafficking and phototransduction. We have also shown that both ABCA4 and ABCA1 function as phospholipid transporters, but transport phospholipids in opposite directions. Current research is focused on analysis of the structure and function of various P4-ATPases and ABCA transporters in order to define in detail their mechanism of action and role in biological processes and disease.