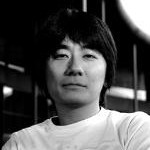 Movement precision, a key feature of animal movement, is ultimately determined by the resolution of the motor circuit at the level of single neurons and synapses. However, other factors such as muscle quality/quantity and joint flexibility also affect locomotion. Hence, it is not clear to what extent the fineness of the motor circuit determines physical ability. We tackle this question using Caenorhabditis elegans as a model system. C. elegans moves with a sinusoidal pattern and has no skeletal structures or joints, enabling us to directly test how the synaptic pattern of the motor neurons affects locomotion.

In worms locomotion is regulated by 6 types of motor neurons. Each neuron in the same class innervates a non-overlapping segment of the muscle field by restricting its synapses to a distinct sub-axonal region. This type of innervation generates a phenomenon we term “synaptic tiling”. Recently we developed a genetic marker to visualize synaptic tiling between two motor neurons, and showed that Plexin-dependent axon-axon interaction is critical for establishing synaptic tiling (Mizumoto and Shen. Neuron 2013).

There are, however, many questions that remain unanswered, for example: 1. What are the other components in the Plexin signaling pathway? 2. How is tiling regulated in other neurons? 3. What effects do synaptic tiling defects have on locomotion? To answer these questions, I will attempt to identify the additional molecules involved in synaptic tiling; develop tools to stably distinguish neurons within the same class; and utilize high-sensitivity markers to monitor the effect of synaptic tiling on locomotion. With these studies I hope to use the power of genetics to determine how synaptic patterns affect locomotion.