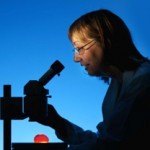 The early embryonic faces of humans, mice and reptiles are so similar that it is difficult to tell them apart. Yet through a series of steps, cells are patterned to form the intricate skeleton of the upper and lower jaws. My lab works on the molecular changes in early embryos that gradually build up the hard tissues of the face. The work follows three major themes, the establishment of jaw identity or jaw pattern, the basis for orofacial clefting and the evolution of jaws and teeth.

It is fascinating to study how individual parts of the embryonic face are specified to form either a nose, mandible, maxilla.. Past work from my lab has shown that by tweaking the levels of different molecules in the face, a striking change occurs, the maxilla is transformed into centre of the face (Lee et al., 2001). The chicken embryo is ideal for these experiments since the environment can be locally changed in many ways either by local release of chemicals or by surgical manipulation. We are presently extending these studies, by studying certain genes that were identified as being changed following the implantation of face transformation signals into early embryos.

The second focus area is cleft lip. The human form of cleft lip with or without cleft palate (CL/P) is a common birth defect and is most often not associated with a syndrome. It is thought that there is an interaction between the individual’s genes and the environment to produce the CL/P. Our experiments have identified important roles for certain growth factors in lip fusion and these have all subsequently been identified as contributing genes in human clefting.

The third focus area is evolution of the jaws and teeth. Here the embryos of snakes, lizards and turtles are being studied. Since living reptiles are most closely related to dinosaurs, our work is giving us insights into the development of now extinct animals. Recently we have identified dental epithelial stem cells in geckos that could underlie the ability of this animal to replace its teeth continuously. A detailed analysis of molecular signaling in python teeth corroborates and extends the work on the gecko. Ours are the first experiments to study the process of tooth replacement in animals that replace their teeth throughout life. Thus not only is our work telling us how during evolution, humans lost the ability to continually replace teeth, We also are gaining valuable insights into how tooth replacement in humans occurs.