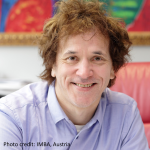 Our goal is to develop new and effective treatments for diseases by uncovering the fundamental biological principles underlying development and disease. To accomplish our goals, we develop and deploy a broad range of in vitro and in vivo tools that reveal the fundamental mechanisms involved in human disease. These approaches include genetic editing in vitro and in vivo, human induced pluripotent cell (iPS cell) models of disease, haploid cells for genetic as well as compound screening paradigms, mouse and human organoid cultures, as well as genetically engineered mice. Our multidisciplinary techniques enable us to model and study the complexity of diseases.

Although our research falls under four broadly defined thematic areas below, these systems are subject to substantial crosstalk. As a result, our research in one field influences and informs another, leading to unexpected insight and advances that acknowledge and embrace the complexity of disease and biology.

Glycoproteomics in cancer – Glycosylation, the covalent attachment of carbohydrate structures onto proteins, is the most abundant post-translational modification. Over 50% of human proteins are glycosylated, which alters their activities in diverse fundamental biological processes. Despite its importance in biology, the identification and functional validation of complex glycoproteins has remained largely unexplored. We developed a novel quantitative approach to identify intact glycopeptides from comparative proteomic data-sets, allowing us to not only infer complex glycan structures but also to directly map them to sites within the associated proteins at the proteome scale. We applied this method to human and murine embryonic stem cells to illuminate the stem cell glycoproteome. This analysis nearly doubles the number of experimentally confirmed glycoproteins, identifies previously unknown glycosylation sites and multiple glycosylated stemness factors, and uncovers evolutionarily conserved as well as species-specific glycoproteins in embryonic stem cells. The specificity of our method was confirmed using sister stem cells carrying repairable mutations in enzymes required for fucosylation, Fut9 and Slc35c1. Ablation of fucosylation confers resistance to the bioweapon ricin, and we discovered proteins that carry a fucosylation-dependent sugar code for ricin toxicity. Mutations disrupting a subset of these proteins rendered cells ricin resistant, revealing new players that orchestrate ricin toxicity. Our novel comparative glycoproteomics platform enables genome-wide insights into protein glycosylation and glycan modifications in complex biological systems. (Stadlmann et al. Nature 2017).

Haploid stem cells – The ability to directly uncover the contributions of genes to a given phenotype is fundamental for biology research. However, ostensibly homogeneous cell populations exhibit large clonal variance that can confound analyses and undermine reproducibility. We used genome-saturated mutagenesis to create a biobank of over 100,000 individual haploid murine embryonic stem cell (mESC) lines targeting 16,950 genes with genetically bar-coded, conditional and reversible mutations. This Haplobank is the largest resource of hemi-/homozygous mutant mESCs to date and is available to all researchers. Reversible mutagenesis overcomes clonal variance by permitting functional annotation of the genome directly in sister cells. We utilize Haplobank in reverse genetic screens to investigate the temporal resolution of essential genes in mESCs, and to identify novel genes that control sprouting angiogenesis and blood vessel lineage specification. Further, a genome-wide forward screen with Haplobank identified PLA2G16 as a host factor required for cytotoxicity by rhinoviruses, which cause the common cold. Thus, Haplobank clones and revertible technologies enable high-throughput, reproducible functional annotation of the genome. (Elling et al. Nature 2017).

Dr. Josef Penninger is a Canada 150 Chair in Functional Genetics and the Director of the Life Sciences Institute at the University of British Columbia, since December 2018. Prior to this, from 2002-2018, he was the Scientific and Founding Director of IMBA, the Institute for Molecular Biotechnology of the Austrian Academy of Sciences, in Vienna, Austria. From 1994-2002, he worked as a lead researcher at the Amgen Research Institute in Toronto, affiliated with the University of Toronto and the Ontario Cancer Research Center.

For a full list of publications please see: http://scholar.google.at/citations?user=OdlFlsMAAAAJ