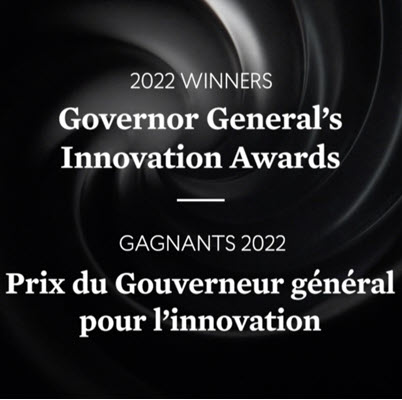 The Rideau Hall Foundation (RHF) today announced the recipients of the seventh annual Governor General’s Innovation Awards (GGIA). Among the awardees was the team responsible for developing the lipid nanoparticles that delivered mRNA vaccines during the COVID-19 Pandemic.

Dr. Pieter Cullis, Dr. Michael Hope, and Dr. Thomas Madden were nominated by the Canadian Institutes for Health Research (CIHR) to recognize and celebrate the researchers’ exceptional and transformational made-in-Canada innovation, its positive impacts in Canada and its capacity to inspire the next generation of innovators.

According to a release published by the Rideau Hall Foundation, the six team awards are not intended for lifetime achievement or innovations that have not yet demonstrated impact. Rather, by recognizing active, current innovators across the breadth of our economy and society the Awards help foster an active culture that celebrates innovation that is having a meaningful impact on our lives. 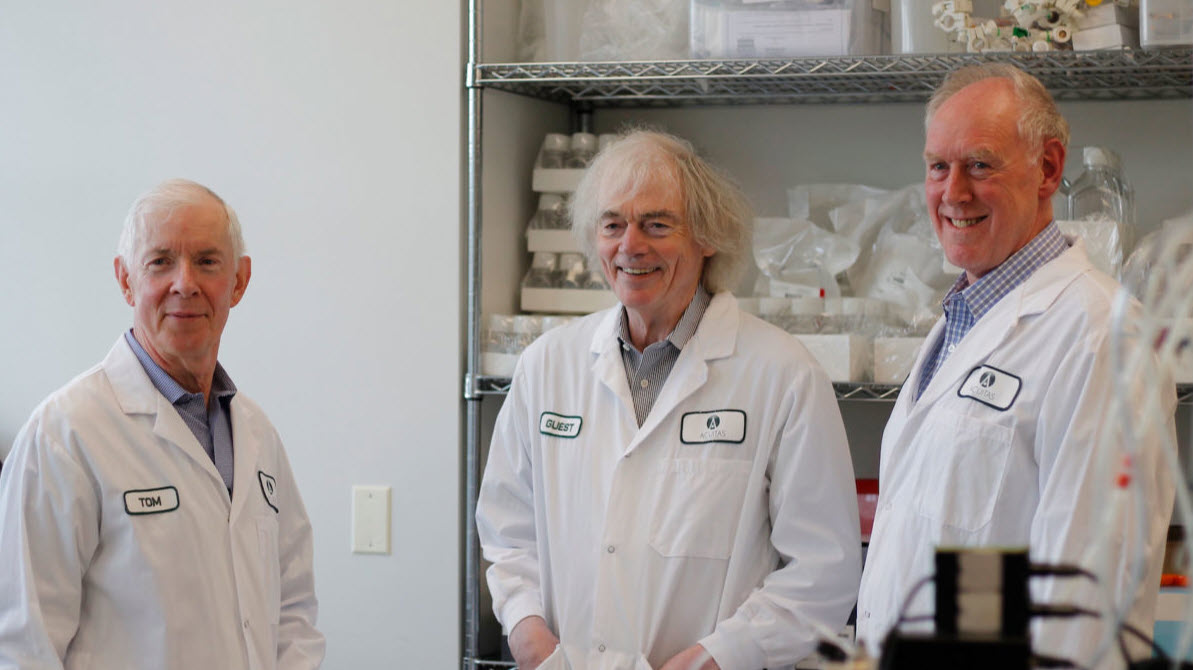 The team of Pieter Cullis (centre), Michael Hope (right) and Thomas Madden (left) have worked together for approximately 40 years. They received a Governor General’s Innovation Award recognizing their work in developing lipid nanoparticle (LNP) systems to deliver cancer drugs to tumours, that also enabled RNA and DNA based drugs to be used therapeutically. Among other achievements, their work has resulted in the LNP systems that enable the Pfizer/BioNTech COVID-19 mRNA vaccine.

The team was formed in the early 1980’s in the UBC laboratory of Dr. Cullis and first invented a device to make lipid nanoparticles. This resulted in formation of Lipex Biomembranes to distribute this instrument worldwide. Subsequently they invented methods for loading anticancer drugs into LNP and formed Inex Pharmaceuticals, resulting in three LNP drugs that have received regulatory approval to treat cancer and its complications. In 2009 the team founded Acuitas Therapeutics to develop LNP formulations of nucleic acid therapeutics such as small interfering RNA (siRNA) and messenger RNA (mRNA) for therapeutic and vaccine applications. Acuitas has established partnerships with pharmaceutical and biotechnology companies and academic institutes to advance nucleic acid therapeutics into clinical trials and to the marketplace. Acuitas has agreements with several partners to use its proprietary lipid nanotechnology in the development of COVID-19 vaccines. These include Pfizer/BioNTech for COMIRNATY®, which has received full approval in the U.S. and Canada and is authorized for Emergency Use in Europe, the UK and many other countries.

Story text both draws from and replicates the official announcement of the LNP Team Award.