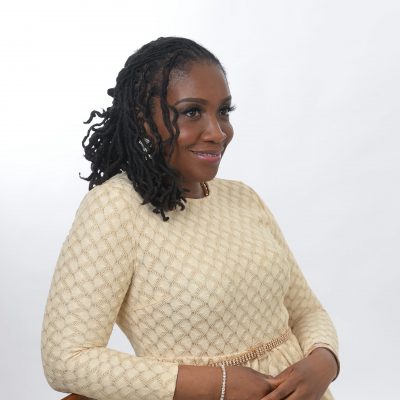 The academic demands of acquiring a PhD are by no means trivial. In coping, some seek solace in graduate school-themed memes, whilst others simply bide their time. There are the precious few who turn to community acts of service as their outlet. All jokes aside, these students are to be extolled for their positive impact. One such student is Paula Littlejohn, who recently earned the UBC Science Excellence in Service Award for 2021 for her conceptualization and work on the seminar series, “Where are all the Black People?”

Paula Littlejohn was born in Jamaica but as an adolescent, moved to the United States (US), where her academic trajectory began. Despite being a first-generation college student, Paula garnered scholastic and research accolades. She obtained her BS in Biobehavioral Health from Pennsylvania State University and recollects, “I did some research on campus with the faculty and thought ‘Whoa, I really like this research thing—it’s quite fun!’” Paula then took a job at Johns Hopkins School of Medicine and was involved with research in the Diabetes Prevention Program (DPP). Enthralled by this introduction to work with human subjects, and academia in general, Paula went on to attain a Master’s in Social and Behavioral Science and Health Education, and a graduate certificate in Maternal and Child Health from Johns Hopkins Bloomberg School of Public Health.

With such varied interests, she jokingly confesses that, “If I lived in one of those countries where you get tuition-free degrees, I would have, like, fifteen!”

Paula’s thirst for knowledge led to ten years in the pharmaceutical industry, collecting data for several phase I-IV clinical trials. In her recent “Where I Work” article in Nature, she describes wanting to move away from what felt like disease management, to work towards understanding how disease manifests, and is ultimately cured.

Dr. Jeffrey Bland’s books on nutrition and genetics piqued Paula’s interest and prompted her to pursue some research experience with nutrigenomics before tackling a doctorate. Thus well-equipped, Paula is now studying, under the supervision of Dr. Brett Finlay, how micronutrient deficiency in early life can program the gut microbiome and affect long-term health. Although Paula settled nicely into the academic rigours of reading for her PhD, she was still stirred into action during a time when it was necessary. 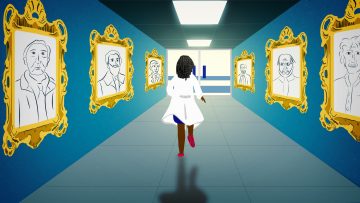 Illustration for “Where are All the Black People? Underrepresentation in the Academy”

“I remember walking through a UBC science building and seeing little-to-no Black students in the photos of the graduating class that hung on the walls,” she shares. This sense of loneliness heightened during the uptick in racial tensions in 2020. She longed for community. “I just kept thinking, ‘Where are all the Black scientists in Canada?’” she discloses. Paula came across an article from the Black North Initiative, which contained information about the condition of Black communities in Canada. Roused to action, she shared the document with Dr. Ismaël Traoré and Dr. Handel Wright, whom she had met via the UBC Black Caucus.

The conversation between these three set into motion the creation of a forum to discuss the underrepresentation of Black people in the Academy.

The seminar series, “Where are all the Black People?” gathered together prestigious Black academics to speak on various topics ranging from underrepresentation in leadership administration to issues concerning STEM and Art History. The series ended with a hopeful discussion on what the future of Black Scholarship could look like. More than 900 people across the US and Canada registered for this series, and Paula says another iteration would be amazing.

However, she believes that this forum was held at a time when it was necessary for the UBC community. Now that there are many other initiatives, such as the Canadian Black Scientist Network (CBSN), and UBC’s Beyond Tomorrow Scholars Program, among others, she is content with allowing these groups to take the lead for now.

Paula whole-heartedly supports the efforts of the CBSN and describes their recent BE-STEMM conference as, “So many levels of beautiful.” She reiterated the statement often endorsed by Equity, Diversity and Inclusion advocates that diversity does matter. “Only at a Black conference, you’d find a poet closing the conference with something she synthesized from everything she learned there,” Paula says, making reference to Dr. El Jones’ riveting poem during the closing celebration.

Paula’s work with the seminar series and membership in the CBSN has allowed her to feel surrounded and supported by a Black scientific community. This is especially important as she transitions to the next step of her academic career — a postdoctoral fellowship at the BC Children’s Hospital Research Institute.

As Paula looks ahead, she has also found ways to incorporate her varied interests. She published a correspondence article in Nature, to advocate against the frequent visual association of poor health with Black bodies. Paula has also given a talk entitled “Race is not a risk factor for chronic disease” for the Society for Canadian Women in Science and Technology (SCWIST). This talk was inspired by the work of Dr. Camara Jones, who addresses the impacts of racism on health. Paula foresees building upon this work and incorporating racial aspects into her own future research, that should have positive impacts upon awareness and education. With so many tools under her belt, we wait with bated breath to see which new trail she sets ablaze. 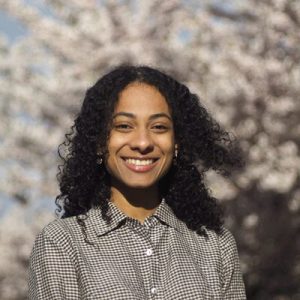 This article was written by LSI columnist Sasha McDowell, a PhD Candidate in UBC’s Department of Zoology.