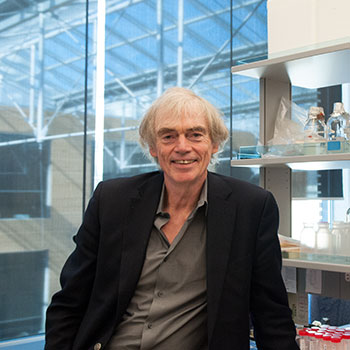 Dr. Pieter Cullis appointed an Officer to the Order of Canada

Former LSI Director Dr. Pieter Cullis was named among the new Officers, in recognition of his contributions to the advancement of biomedical research and drug development, and for his mentorship of the next generation of scientists and entrepreneurs.

Asked for his thoughts on joining this august company of Canadians, Dr. Cullis replied, “this is a tremendous honour. Any accomplishment I am credited with is the result of a great deal of effort by a great many people, I wish they could be included. We can accomplish fantastic things here in Vancouver but this can only be done if we have ambitions to be the very best, retain our talent locally by whatever means and work together closely to achieve our objectives.”

The Order of Canada is one of our nation’s highest honours. Created in 1967, it celebrates people whose service shapes our society, whose innovations ignite our imaginations and whose compassion unites our communities. More than 7,500 people from all sectors of society have been invested into the Order of Canada. Read the Governor General’s announcement here.

“Canada is defined by the people that make up this great country. These most recent nominees to the Order of Canada are shining examples of the commitment and outstanding contributions Canadians have made to the well-being of communities throughout this land, whether it be social, environmental, scientific, economic, cultural or related to mental and physical health. To all of the nominees, congratulations and thank you.” –  Her Excellency the Right Honourable Mary Simon, Governor General of Canada

The appointees will be presented with their insignia at investiture ceremonies to be held on future dates.

Dr. Cullis and colleagues worked for more than 40 years in his UBC-based lab to develop the ‘made in Canada’ technology that enabled successful deployment of mRNA vaccines: lipid nanoparticles (or LNPs) – microscopic bubbles of fat that protect the mRNA and deliver it inside of target cells in the body. The Order of Canada marks the second accolade of this stature awarded to Cullis in 2021. Just last month, he received the 2021 Prince Mahidol Award, considered the “Nobel of Thailand.”

A Professor in the Department of Biochemistry and Molecular Biology at UBC, Dr. Cullis was the founding scientific director of the NanoMedicines Innovation Network (NMIN), and continues to play a research leadership role in the Network.

His contributions to biomedical research and drug development include founding companies to commercialize technologies developed in his lab, including the Vancouver, BC-based biotech company Acuitas Pharmaceuticals. Acuitas received a 2021 Global Impact Award by Life Sciences British Columbia in recognition of its work with Pfizer and BioNTech in developing their highly effective mRNA-based COVID-19 vaccine.

Queried on what additional impact he would hope to achieve through the findings that have brought him this recognition, Dr. Cullis replied, “a long time ago when I first started working on drug delivery systems, I hoped to dramatically improve the treatment of cancer. Hasn’t happened yet, but we are getting closer. It’s so exciting when you start to see a way forward that could have major impact!”

Appointments are made by the governor general on the recommendation of the Advisory Council for the Order of Canada. For more information about the Order of Canada program, visit www.gg.ca/en/honours/canadian-honours/order-canada.

Appointees to the Order of Canada wear a striking, six-point white enamel insignia that symbolizes Canada’s northern heritage and diversity, because no two snowflakes are alike.

Bestowment of Honours by the governor general are the result of nominations submitted by the general public to the Chancellery of Honours, which administers more than 30 different distinctions awarded to worthy Canadians each year, notably the Order of Canada, Decorations for Bravery (which celebrates its 50th anniversary in 2022,) Meritorious Service Decorations (Civil Division), the Polar Medal and the Sovereign’s Medal for Volunteers.