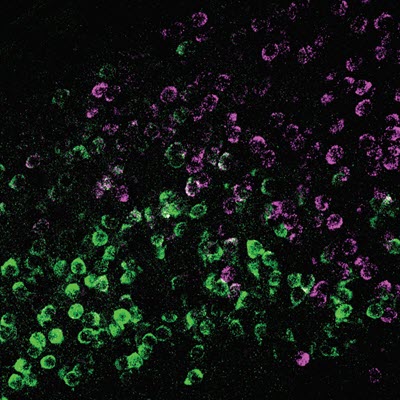 Pyramidal neurons in the subiculum region of the hippocampus

Last month, a 91-year old man wandered from his home in West Point Grey on a Sunday night, and was found three days later in Burnaby.

Thomas Goundavas likely lost his way because he has dementia. One in six people living with Alzheimer’s disease or other forms of neurodegeneration will wander at least once. Wandering has been linked to stress, fear, searching for someone or something, and attempts to follow old routines. Men are more likely to wander than women.

Why does this happen? Visual-spatial issues are increasingly identified as the physiological basis for confused navigation.

“One brain region, the hippocampus, is particularly susceptible to Alzheimer’s disease,” says Dr. Mark Cembrowski, a professor in the Department of Cellular and Physiological Sciences.  “Consequently, understanding why this brain region is susceptible may provide a key missing link for the treatment or prevention of this devastating disease.”

In his lab at the LSI, Cembrowski takes a multi-disciplinary approach to understanding how the brain forms, stores, and retrieves memories. Spatial memory is a particular interest.

This aspect of memory underlies the ability to recall where you left your keys, the best route to work during rush hour, and other information about where things are. When this capacity is impaired, as seen in wandering patients with Alzheimer’s Disease, loved ones are terrified, because the odds aren’t favourable. If a missing patient isn’t found within 12 hours, they face a 50-percent chance of injury or death, according to the Alzheimer Society of Canada.

Onset of wandering isn’t predictable. A Southern Ontario senior got lost on the way to the same tea house she visited every morning. She’d found the sidewalk blocked by construction, and instead of going around the obstacle, wandered off into the country. She’d been functioning well until that day, when she faced a change in routine. “There’s really no way to say, ‘okay, it’s getting worse and tomorrow they’re going to wander,’” the Toronto Police Department’s missing person’s search coordinator told a Globe and Mail reporter. 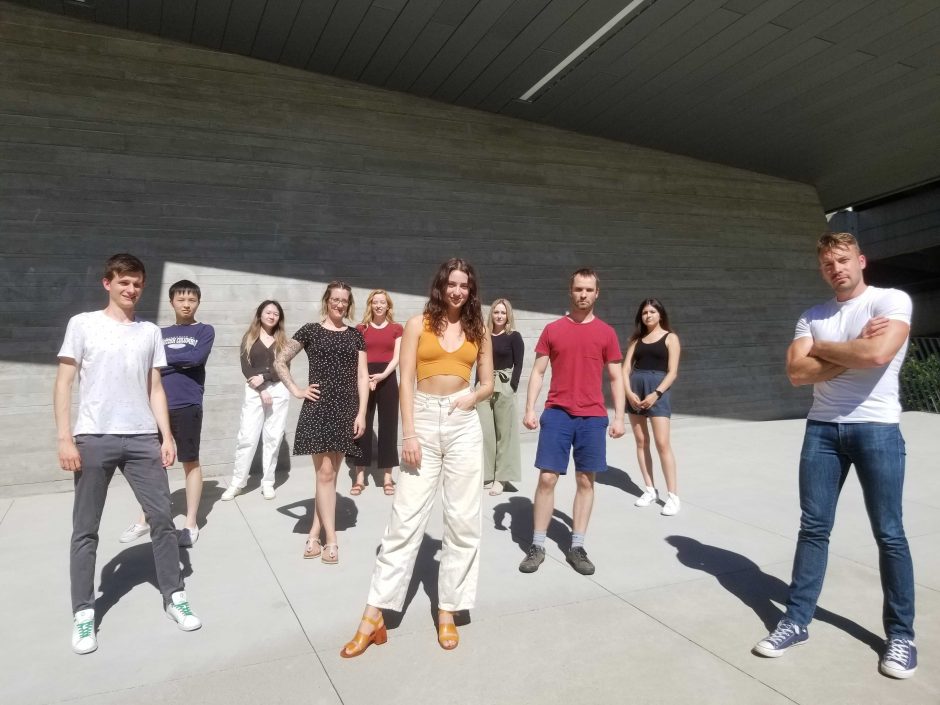 Dr. Mark Cembrowski (right) and members of his lab

Last year Cembrowski and Dr. Nelson Spruston, a researcher based at the Janelia Research Campus of the Howard Hughes Medical Institute in Virginia, published a review article on neurons found within a region of the hippocampus known as the subiculum. This region has been shown to contain cells that represent spatial landmarks. Cembrowski and Spruston identified a novel subtype: deep subiculum pyramidal cells, using transcriptomics.

Sparsely distributed in the deepest reaches of the subiculum, these cells have a distinct appearance. Recent work by a Sarah Erwin, a Master’s student in the Cembrowski Lab, illustrates this deep subtype differs from classical pyramidal cells in the subiculum, and points to strong potential that these neurons convey landmark-based spatial information.

“I plan to map out the circuits of this subtype, and also to use viral tools to intervene – to turn off the activity of these cells, and see what happens, behaviourally,” says Erwin. “We’ll be looking at the connections of this cell population, and what these areas do. Our hope is that just figuring out how this works fundamentally can be helpful down the line with all many types of spatial memory deficits.”

“The hippocampus is a hub of cognition in the brain,” adds Cembrowski. “By studying this region in our laboratory, we are pursuing a variety of projects at the interface of navigation and spatial memory.”

These projects include work by Dr. Axel Guskjolen, an NSERC postdoctoral fellow interested in the mechanisms of memory. His PhD research showed that memories ‘lost’ to infantile amnesia are recoverable by directly stimulating neurons involved in memory formation. Next, he showed that generation of new neurons in the hippocampus promotes forgetting by structurally remodeling surrounding circuitry, thereby decreasing the probability of memories are stored and recalled from subfields in the hippocampus.

PhD student Derek Merryweather is studying the intrinsic properties, circuit architecture, and functional outputs of the subiculum, in relation to memory and cognition.

“As a whole, our laboratory seeks to understand how molecular, cellular, and circuit properties of the hippocampus give rise to memory and cognition,” says Cembrowski. “Such a multidisciplinary approach allows the foundational properties of the hippocampus to be understood, and subsequently leveraged to develop next-generation biomarkers, drug targets, and treatments.

“It’s our hope that this comprehensive approach allows us to “reverse engineer” the operation of memory in the brain,” he adds. “Specifically, by identifying critical neural circuits involved in memory, we are well positioned to understand the associated cells and molecules needed for memory. Revealing these key features of the healthy brain provides a critical framework for interpreting deficits in spatial navigation and memory, like those occurring in dementia.

“This knowledge also provides new drug targets for therapeutic interventions, thus providing a means for how these deficits might be addressed.”

Mayo Clinic Caregiver Resource Understanding wandering and how to address it