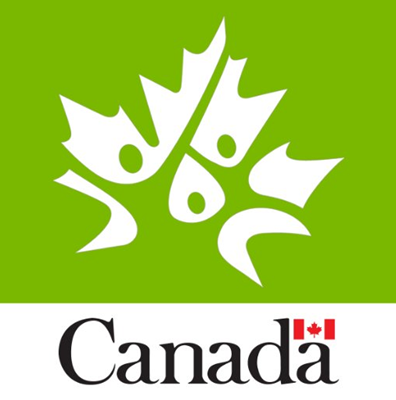 As part of the Spring 2021 Project Grant competition launched by CIHR_IRSC, 6 research teams at the LSI were awarded more than $5.5 million in grants.

The Project Grant program is designed to capture ideas with the greatest potential to advance health-related fundamental or applied knowledge, health research, health care, health systems, and/or health outcomes. It supports research projects proposed and conducted by individual researchers or groups of researchers in all areas of health. The best ideas may stem from:

Mycobacterium tuberculosis (Mtb), the etiological agent of tuberculosis (TB), is one of the most devastating infectious agents in the world. One third of the world’s population is exposed to Mtb, which kills nearly two million people annually. With the increasing prevalence of drug resistant Mtb, there is a pressing need to develop better and new drugs against this notorious pathogen. A novel drug discovery approach termed Host Directed Therapy (HDT), was proposed recently to overcome drug resistance in treating infectious diseases. Since HDTs do not target the microbe directly but rather assist the host in fighting infection, they would have reduced chances of generating resistance. HDT approaches prevent microorganisms from thriving inside their human host or boost host defence mechanisms that can synergies with antibiotics. During our current CIHR funding, we identified two HDT lead compounds that restrict Mtb growth intracellularly in infected macrophages. These are the FDA approved Parkinson drug Benzotropine and the Glycogen Synthase Kinase 3 beta inhibitor P-4423632. Both compounds are active at low uM concentrations at dose dependent manner and with limited to no toxicity to the host cell. The purpose of this application is to progress these two compounds into clinical development stream by conducting preclinical, animals and mode of action studies. 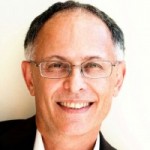 Type 2 diabetes (T2D) is a major cause of heart disease, stroke and cancer. Caused by inadequate action of the hormone, insulin, T2D is often linked to obesity. With chronic overeating, the fat in our bodies (adipose) undergoes changes that make it “unhealthy”, so that it is doesn’t respond normally to the hormone insulin, and therefore promotes diabetes. How “healthy” adipose becomes “unhealthy” is not known. Such knowledge would be valuable, as drugs could be designed to prevent the changes from occurring. We recently found that a protein known as CD248 is made by cells (adipocytes) in the adipose. In humans and mice, the highest CD248 levels are strongly associated with the highest risk of diabetes. Mice and people with low levels of CD248, are resistant to diabetes, i.e., the adipose remains “healthy”, even if they are obese. We also showed that by reducing CD248 in obese diabetic mice, we could reverse the diabetes and change the unhealthy adipose tissue to healthy adipose tissue. And thus, we’ve potentially uncovered an entirely new way to treat type 2 diabetes! Our goal is to understand how CD248 controls the switch between healthy and unhealthy adipose (and thus between non-diabetes and diabetes), and how it interacts with insulin and other proteins in the adipose tissue. Such information will help in the design of drugs. To achieve our goals, we will examine adipose tissue from mice that lack CD248 in different cells, using multiple biochemical, molecular and microscopic methods that are in our labs and those of our expert collaborators. In the end, we hope that we will identify strategies that reduce CD248 or interfere with its function, thereby leading to new and better treatments for type 2 diabetes.

Campylobacter jejuni (Cj) is a leading cause of bacterial food poisoning in humans in the developed world. Yet, it lives harmlessly in the intestinal tract of birds, with up to 90% of commercial poultry products having live Cj on their surfaces. Furthermore, unlike most other prevalent pathogens, its specific pathogenic mechanisms have remained elusive. Through genetic and computer-based screening, we have uncovered several new factors and means by which this pathogen is so successful in causing human disease, colonizing non-susceptible (commensal) hosts, and surviving in the environment outside of a host. One is its shape. Cj typically has a helical/corkscrew morphology, and this abets its ability to burrow into the intestinal mucosa of both susceptible (i.e., human) and commensal (i.e., poultry) hosts and to survive in inhospitable environments such as air and water. Changes to this shape alter Cj’s ability to succeed in specific niches. Our group has identified the first bacterial factors and biochemical characteristics important for maintaining Cj’s helical cell morphology. All of these affect the peptidoglycan layer of the bacterial cell wall. We will use genetic, biochemical, and other approaches to further our understanding of how shape is determined and maintained in Cj, and the biological and pathogenic implications of Cj morphology. Given the importance of Cj shape to its success as a pathogen, this work should provide important insights into Cj biology, how and why Cj is such a prevalent cause of human disease, and clues to its eradication. 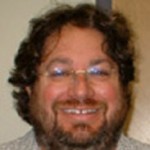 Our research is focused on uncovering the mechanisms in which autoimmune diseases are initiated and influenced by virus infection. In our youth, we are infected with a number of viruses that remain with us for the remainder of our lives. For its part, the virus can live forever with us and with those we come in contact with through re-infection. In our body, a cold war exists between the virus and our immune system that takes a toll on us by creating a system with strong hyper-reactive immune cells. One of these cell types, age-associated B cells (ABCs), increase in numbers as we age and engage strong immune responses capable of attacking invading pathogens and causing autoimmune responses. The relative success of generalized anti-B cell therapies for autoimmune diseases such as MS and RA is a strong piece of evidence of a common but rare B cell component to disease pathology. In this project, we aim to link these ABCs that are generated during maintenance of a common virus infection (EBV-people, and MHV68 for rodents) with increased and enhanced autoimmune diseases such as MS and RA. Identifying this common immunopathogenic cell type during the onset of disease will create an obvious target for common autoimmune therapies. 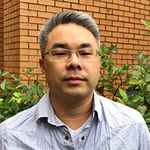 All viruses go through an important stage during their life cycle called translation where viral proteins are expressed from a viral RNA. Some viruses such as poliovirus and Hepatitis C use a translation mechanism called an Internal Ribosome Entry Site or IRES for expressing their proteins. This IRES mechanism is not only important for viruses but also for cellular genes, including those involved in cancer. Therefore, elucidating IRES mechanisms is crucial for understanding a fundamental process of gene expression. Currently, IRES mechanisms are poorly understood. To gain insight, we will characterize a novel IRES mechanism found in an insect virus, called dicistrovirus. Using biochemical techniques, we will identify how this IRES interacts with and hijacks the host cell machinery. This insect IRES is functional in many systems including yeast and human cells, indicating that this unprecedented mechanism is conserved and that specialized cellular genes may also use this mechanism. Using biochemical methods, we will elucidate key elements that govern IRES mechanisms. Moreover, we will identify key viral proteins that promote IRES gene expression. Finally, using this knowledge, we can search for cellular genes that also use this mechanism for gene expression. This proposal will not only shed light into the biological significance of this novel viral IRES mechanism but also provide a framework for understanding other viral and cellular IRES mechanisms in general. 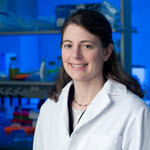 Metastasis is the dissemination of cancer cells from their birthplace in the body to distant organs. As it turns out, this is an inefficient process. Of the millions of cells in the primary tumor, only a small subset manage to gain access to the lymphatic or circulatory systems and an even smaller fraction ever colonize a distant site or grow into a clinically relevant tumor. Unfortunately, the inefficiency of the process does not lessen its devastating effects: metastatic stage cancer is very difficult to treat and remains a critical problem in medicine. In this grant proposal, we describe how we will study the ways in which cancer cells become metastatic. There are three key potential mechanisms that have previously been linked to metastatic behavior. The first involves changes to the physical characteristics of the tumor cells, in a way that promotes cell invasion and migration. The second mechanism involves the regulation of gene expression through reversible marks left on the genome, called epigenetic alterations. The third mechanism involves immune cell infiltration into the tumor, which generates inflammation and immune suppression. We have developed a new model system to study the metastasis of melanoma, an aggressive cancer of the pigment cells. What is unique about our model is that the melanoma begins within the eyes and then spreads to the liver and lungs. This type of cancer is called uveal melanoma. It is the most common eye cancer and it is deadly. Uveal melanoma metastasizes in half of all patients, after which there is no effective treatment. A better understanding of the ways that cancer cells escape the primary tumor and adapt to survive in different parts of the body will help us develop more effective therapies for late stage cancers.