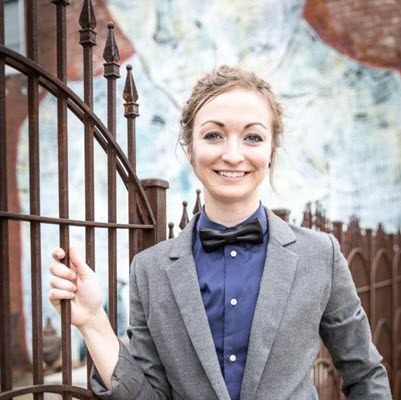 Not all acids are equally sour: Gordon lab research sheds light on why fruit flies find lactic acid a delight

Lactic acid is present in most fermented foods, and it’s a delicacy for fruit flies – one they’re prone to binge on, even if they can’t smell it.

Why do they like it so much? LSI researchers investigated through calcium imaging, and found that lactic acid stimulates feeding, through the activation of gustatory taste neurons.

The visualization of a pathway of attractive lactic acid taste in fruit flies was made possible by Dr. Molly Stanley, a post-doctoral fellow in the Gordon Lab, and first author on a new publication in Current Biology. “Not all acids taste equally sour: dangerously low Ph leads to avoidance of all acids, but what about concentrations found in nutritious foods,” she asked, in a series of tweets about the findings posted when they were in preprint. 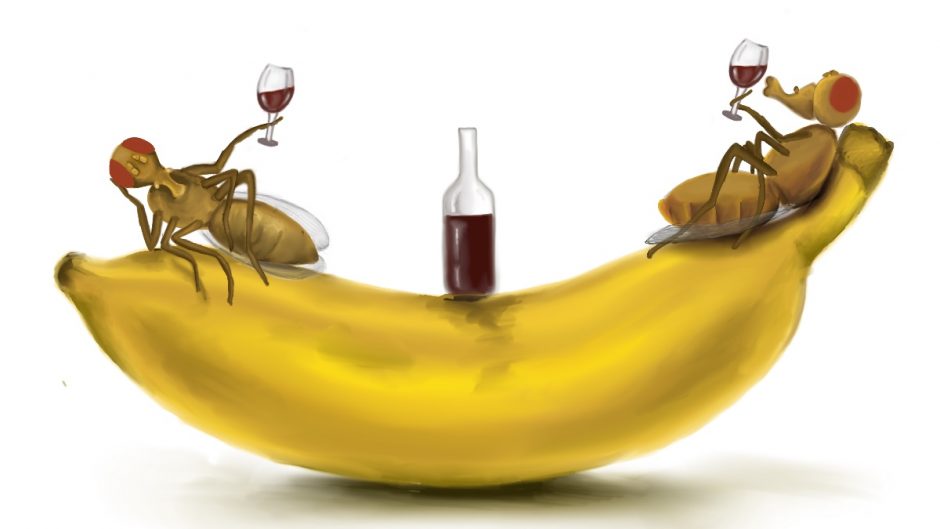 “Lactic acid is very attractive to flies, even without olafaction,” she added. “Upon consumption, it can provide energy to hungry flies. Sweet taste neurons are directly activated by lactic acid, and these cells are responsible for acid feeding attraction.”

“We mostly think of sour taste as being aversive, but flies love lactic acid,” tweeted Dr. Michael Gordon, an associate professor in UBC’s Department of Zoology. “It’s probably in a lot of the fermenting food that they eat, and signals the presence of beneficial bacteria. While that’s not a shock, that attraction depends on sweet taste, there were some surprises.”

First, lactic acid elicits two distinct phases of activation in sweet neurons – one during stimulus onset and one during removal. This is similar to bitter neuron kinetics recently described by Dr. Anita Devineni in a recent publication.

“While searching for the lactic acid receptor with IR & GR mutants, we kept seeing weird results – both impacted different aspects of lactic acid taste,” tweeted Stanley. “Calcium imaging revealed two distinct peaks in sweet taste neurons with lactic acid stimulation: one with stimulus onset, and one with removal. It turned out that IR/GR mutants had deficits in only the onset or removal peak, revealing how each part contributes to feeding behaviour. 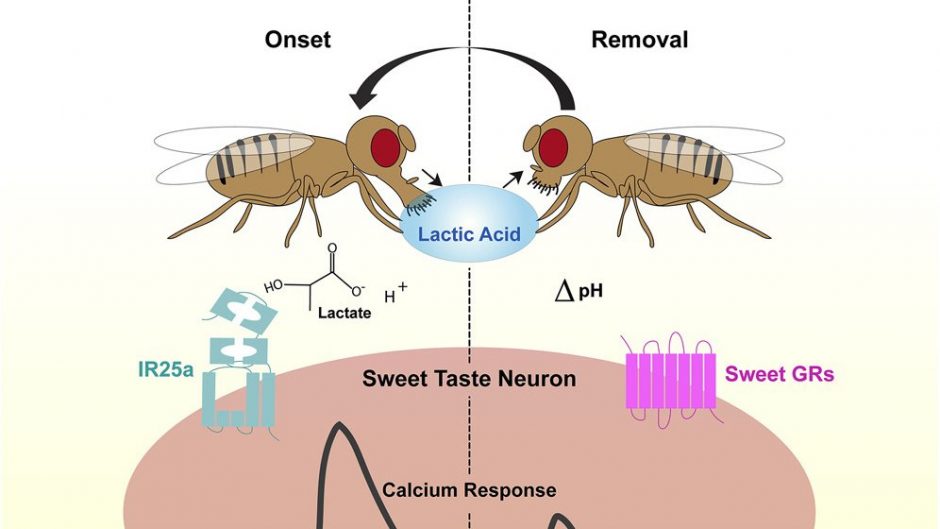 “Multiple taste receptors appear to detect specific components of lactic acid (lactate vs. pH) within sweet taste neurons. The combined activity of these receptors leads to robust attraction to lactic and other acids at lower concentrations,” she concluded.

It’s interesting that both significantly affect feeding, according to Gordon, because “the onset response has a big impact on proboscis extension – engagement with the food – and the removal response drives consumption, via unknown circuit properties that we are keen to explore.

“Big thanks to Dr. Molly Stanley for her incredible detailed work and intuition in pursuing the removal response, to Britya Ghosh, a recent MSc graduate from the Gordon Lab, and UBC’s Department of Zoology for helping figure out the receptors, and Zach Weiss and Jaime Christiaanse for getting things rolling!”