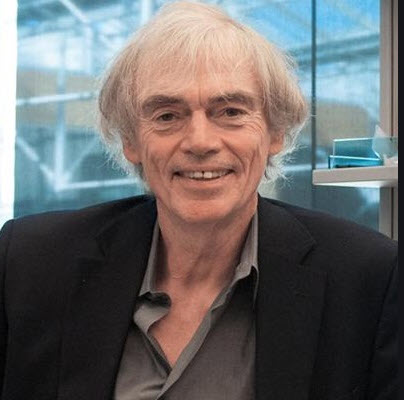 The messenger RNA (mRNA)-based vaccine seen as a potential light at the end of the pandemic tunnel relies on innovations developed by an LSI spinoff, Acuitas Therapeutics.

Now a highly successful biotech company, Acuitas contributed the lipid nanoparticle (LNP) delivery system to the COVID-19 vaccine candidate that is said to be 90 percent effective in preventing infection by the virus in a Phase 3 trial led by Pfizer and partner BioNTech.

The potency of the Pfizer vaccine depends entirely on Acuitas’ LNP system to deliver encapsulated mRNA to the interior of target cells. The system stems from research pioneered by former LSI Director Dr. Pieter Cullis since 1978.

“LNP systems containing mRNA coding for COVID-19 protein deliver the mRNA into our cells, the cells produce the COVID-19 protein, and our immune system recognizes that protein and develops an immune response, which protects us against future infections,” Dr. Thomas Madden, Acuitas Therapeutics President and CEO said in an interview with Yahoo Canada.

The groundwork for these LNP was laid over 40 years ago, when Cullis, Madden and Dr. Michael Hope, together with other UBC colleagues, were focused on delivery systems for small molecule drugs used for chemotherapy. “But in 1995, we began trying to develop LNP systems that could deliver much bigger RNA and DNA molecules into cells,” notes Dr. Cullis, scientific director of the Nanomedicines Innovation Network of Centres of Excellence, and co-founder of Acuitas in 2009, along with Madden and Hope.

“In 2012, these efforts culminated in an LNP formulation of short interfering RNA (siRNA) to prevent production of disease-causing proteins in the liver,” added Cullis. “This formulation was then used to develop a drug called Onpattro that was approved by the US FDA in 2018 to treat a previously incurable hereditary disease.”

The development of Onpattro was a three-way collaboration involving Dr. Cullis’ UBC laboratory, Acuitas and Alnylam Pharmaceuticals (Boston). When Onpattro entered clinical trials, Acuitas shifted to developing LNP systems to deliver much larger mRNA molecules into target cells, where it causes proteins to be made (expressed) that are coded for by the mRNA. Acuitas researchers and their collaborators quickly found that if the mRNA coded for proteins made by viruses such as rabies, very strong immune responses could be generated.

According to Dr. Madden, the messenger RNA (mRNA) used in the Pfizer and BioNTech vaccine is easily broken down in biological environments, and needs to be put in a carrier both to protect it and to enable it to penetrate into target cells. This is where Acuitas Therapeutics technology comes into play.

“The mRNA needs to be in this carrier so that the carrier can deliver it inside cells,” he said. “The lipid nanoparticle technology that Acuitas provides is a critical component, the vaccine simply can’t work without that delivery technology.”

The company is also supporting coronavirus vaccines being developed by CureVac and Imperial College London.