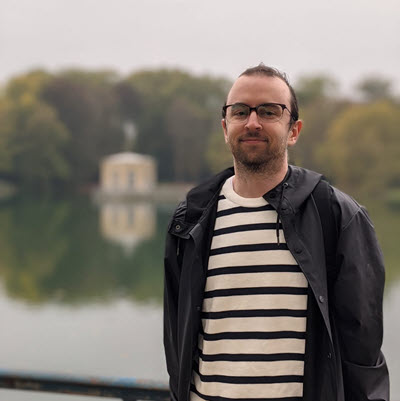 LSI researchers are challenging the conventional wisdom on methylation of sperm DNA following fertilization of eggs.

For years, sperm DNA has been thought to be mostly stripped of methylation (5-methylcytosine) in the aftermath of conception. But recent findings published in Nature Communications have shown that in the first stages of life, some regions on incoming paternal chromosomes actually show a robust increase in DNA methylation.

“This was totally unexpected to me,” says first author Dr. Julien Richard Albert, who completed a PhD in medical genetics this year in the Lorincz lab. “I can’t tell you the number of slides presented by international experts I’ve seen during my PhD that show the wave of DNA methylation loss at this stage.

Richard Albert and his mentor, Dr. Matt Lorincz, arrived at this insight utilizing a bioinformatic technology known as MEA. Developed by Richard Albert in collaboration with colleague Tasuku “Task” Koike in Tomohiro Kono’s lab at the Tokyo University of Agriculture and colleagues at UBC, MEA is a bioinformatic pipeline that enables allele-specific resolution of high-throughput sequencing datasets (HTS).

HTS is an essential tool in molecular biology and genetics focused labs, and a powerful method for measuring gene expression, transcription factor location, or DNA methylation over entire genomes.

“Essentially, we had a bioinformatics tool in search of a biological question to answer or resolve,” says Lorincz. “We looked at this aspect of allele-specific DNA methylation dynamics in the early embryo because we now had the technology to do so, using existing HTS data.”

Few software programs are designed to analyze HTS data with allele-specific output. “Simply, they don’t differentiate between our two sets of chromosomes,” says Richard Albert. “Unlike some weak yeasts, mammals are diploid; we have two copies of each chromosome, one from mom and one from dad. Yet state-of-the-art HTS analysis software can’t gauge whether a gene is expressed from mom’s or dad’s chromosome.

“MEA leverages natural genetic variation between our parental chromosomes to do exactly that,” continues Richard Albert. “So, when we observe an interesting HTS signal, we can apply MEA to ask “is this happening on mom’s or dad’s chromosome. Similarly, mating of different mouse strains yields genetically distinct chromosomes in the offspring.

“In our experiment on such hybrid mice, MEA did as it should, but we didn’t learn anything new with respect to global DNA methylation changes,” says Richard Albert. “Then, knowing that maternal DNMT3A (a DNA methyltransferase) is still detectable in the early embryo, and using the single-nucleotide allele-specific resolution unlocked by HTS and MEA, Matt suggested on a whim that I compare DNA methylation levels at specific regions in the genome between mature sperm and the paternal DNA in 2-cell embryos.

“While the vast majority of regions lost DNA methylation, as expected, a minority of regions showed antithetical yet robust gain of DNA methylation following fertilization,” adds Richard Albert. Working with Donald Au Yeung in Hiroyuki Sasaki’s lab at Japan’s Kyushu University, the researchers identified maternally inherited DNMT3A proteins as being responsible for this new phenomenon. “Strikingly, without maternal DNMT3A, genes from the incoming paternal chromosomes that are typically targeted for de novo DNA methylation instead remain unmethylated and are aberrantly turned on in the early embryo,” says Richard Albert.

Richard Albert and Lorincz’s findings validate earlier microscopy-based research by groups led by Petra Hajkova and Hiroyuki Sasaki, which hinted that de novo DNA methylation activity of the maternal genome is likely occurring following fertilization, but did not address which regions were targeted. While that paper involved carefully conducted experiments, developmental biology as a field has been slow to accept the findings, “because they challenged the dogma,” says Richard Albert. “Hopefully our findings, which provide complementary evidence, will suffice to sway opinions, as they deepen our understanding of how maternal and paternal DNA is remodeled in the next generation.

“The developmental programme encoded in mammalian DNA is truly remarkable, and our findings are likely a drop in the ocean of molecular dynamics that occur during early embryonic development. Regardless, these dynamics are important to pinpoint and describe. Otherwise, when cases of infertility or developmental disorders arise, we would have no idea where to start looking for what went wrong.”