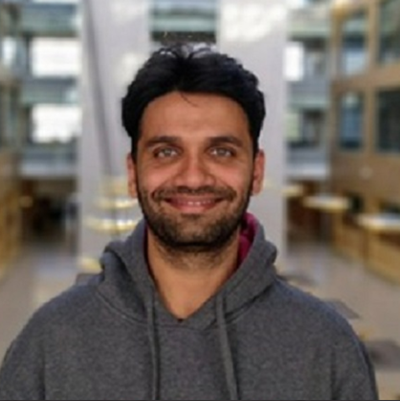 Insights into the mechanisms that control blood development and immune response

Stem cells and their potential impact on human health hold fascinating possibilities for repair and regeneration. They also play essential roles in the capacity to fight infections.

Blood stem cells are the linchpin in this process, prompting living organisms to produce immune cells. However, the intricacies and regulation of infection-triggered conversion of blood stem cells to cells with immune function is not well understood.

Dr. Guy Tanentzapf, a Cellular and Physiological Sciences researcher in the LSI focuses on the role played by the cellular environment, or extracellular matrix, in the regulation of stem cells and its micro-environment. In a study in Current Biology, Dr. Tanentzapf and his team, led by first author Dr. Rohan Khadilkar, explored the impact of external cues in the extracellular matrix, or ECM, on integrins–the main family of adhesion receptors that function as molecular fingertips that sense the environment and then facilitate signaling inside the cells.

In a fly model, the researchers identified a potentially novel mechanism by which integrins exercise that control around blood stem cells. They propose that by controlling density of the ECM, integrins can simultaneously fine-tune multiple signaling pathways acting on stem cells within an organ–in this case, the lymph gland.

Knockdown experiments (repressing expression of one or more genes) showed that integrins are required for regulating blood cell production and blood stem cell maintenance. Using a newly devised technique of long-term live imaging of intact cultured lymph glands from wildtype and integrin knockdown larvae, the researchers showed that integrins play an important role in controlling ECM assembly and organization around the stem cells.

Mutations that cause low ECM density exhibit ectopic blood cell differentiation (the occurrence of gene expression in a tissue in which it is normally not expressed) and depletion of the pool of progenitor cells. The gain or loss of function approaches in this study demonstrate that integrins regulate stem cell function by controlling ECM density and organization.

Genetic interaction studies and marker analysis showed that modulation of ECM density downstream of integrins impacts both FAK and BMP signaling. The researchers also revealed that the induction of blood cell differentiation following infection requires a decrease in the density of the lymph gland ECM.

This work provides important insights into the mechanisms that control blood development and cellular immunity in animals. In future studies, the team aims to gain further and more specific understanding of how infection remodels the ECM in order to control blood cell production.

Support
Work in the Tanentzapf lab is funded by grants from the Canadian Institute for Health Research and the Natural Science and Engineering Research Council of Canada.