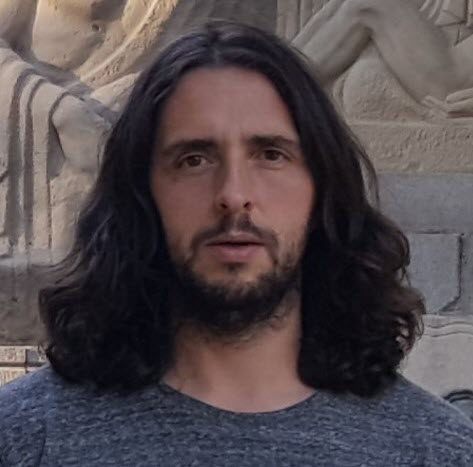 In honour of Valentine’s Day, Science in the City interviewed Post-Doctoral Fellow Omid Haji-Ghassemi about his recent publication in Molecular Cell.

Our lab studies bio-electricity, the ability of the human body to generate and sense electrical signals. These are of prime importance in the brain, heart, muscle, and other tissues that can be electrically stimulated.  When these signals are faulty, they can result in epilepsy, cardiac arrhythmia, muscle weakness, and much more. The electrical signals are generated by specialized proteins called ion channels, that allow charged ions to move across cellular membranes.  We study the 3D structure of these ion channels, which gives us fundamental insights into their inner workings. This also allows us to obtain disease mechanisms, as we can map the locations of disease mutations directly on the structures.

When our heart muscles need to contract, calcium ions play a special role. The Sarcoplasmic Reticulum (SR) is a specialized organelle that forms a large intracellular supply of Ca2+. The ions are released from the SR through a specialized ion channel. Also known as the Ryanodine Receptor (RyR), this channel is of key importance in heart muscle contraction and is the target for hundreds of disease mutations that cause arrhythmia.

In the heart, this channel is under control of stress signals. When adrenaline is circulating, this ultimately leads to the activation of kinases (PKA, CaMKII) that can phosphorylate the channel. This then facilitates its opening, such that Ca2+ is released more readily. In normal circumstances, this can help with the increased demand for Ca2+ during exercise or stress in general, but when excessive, the phosphorylation can directly contribute to heart rhythm disorders.

In this study, we determined the high-resolution crystal structures of PKA bound to its interaction domain in the RyR channel. A major surprise is that the interface is much larger than previously anticipated, with a large loop of the RyR forming a ‘lasso’ around a subdomain of PKA. The interface is the target for many mutations that cause CPVT, a severe type of cardiac arrhythmia. In addition, we looked at the impact of phosphorylation of the RyR by CaMKII and found that this increases the efficiency of the PKA enzyme. High-resolution structures show that the phosphorylation results in structural changes, which in turn increases the affinity of PKA for the RyR.

We gained a lot of fundamental insights into how PKA engages the Ryanodine Receptor. However, we still lack 3D structures of CaMKII in complex with the RyR, and this one is equally, if not more, important than the PKA interaction to understand disease. So we’re currently hunting for a 3D structure of the CaMKII complex. In addition, as UBC has invested in a high-end electron microscope, we also intend to visualize full-length RyRs using the technique of cryo-electron microscopy.