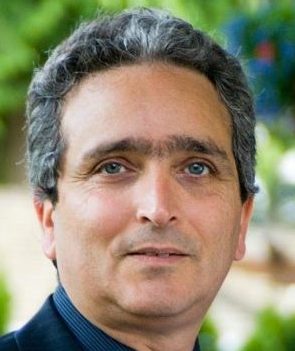 Dr. Yossef Av-Gay and his pioneering work in developing new medications to treat drug-resistant tuberculosis have been profiled in WIPO-ReSearch, a publication focused on innovations in the fight against neglected tropical diseases, and WIPO Partnership Stories-2016-2019.

A Complicated Treatment Regimen in Need of Simplification
Current treatment regimens for tuberculosis are lengthy and complicated, often involving multiple drugs taken on varying schedules—some daily, some weekly—for up to two years.
Given the complexities of treatment, it is not surprising that many patients discontinue therapy before being cured, threatening their health and their lives. Patient noncompliance has also contributed to the rise of multidrug-resistant and extensively drug-resistant tuberculosis. As resistance to current drugs grows, there is a critical need for medications with different mechanisms of action and shorter periods of administration.

Mycobacterium tuberculosis can survive and reproduce inside the macrophages of infected individuals, eventually killing the cells and suppressing the body’s immune response to the disease.    Dr. Yossef Av-Gay at the University of British Columbia previously identified a human protein that promotes the survival of M. tuberculosis within macrophages. Through a BIO Ventures for Global Health (BVGH)-facilitated WIPO Re:Search collaboration, Dr. Av-Gay is partnering with Takeda Pharmaceutical Company Limited to develop inhibitors of the protein to treat tuberculosis. Using Takeda’s inhibitors—developed to treat other diseases—as a starting point, Dr. Av-Gay identified highly active hits in screening assays that inhibited M. tuberculosis growth with relatively low macrophage toxicity. Such low toxicity is critical—a drug must not only be effective against pathogens, but also safe for human use. University of British Columbia has filed a provisional patent application covering the use of the compound class as antitubercular drugs, and Dr. Av-Gay will advance several of the hits to animal studies in the near future. BVGH, a non-profit organization based in Seattle, is now looking to connect Dr. Av-Gay with additional partners to continue moving the project toward human impact.

The graphic below, from WIPO ReSearch, depicts the interplay in the partnership between Dr. Av-Gay and Takeda Pharmaceutical Company Ltd. 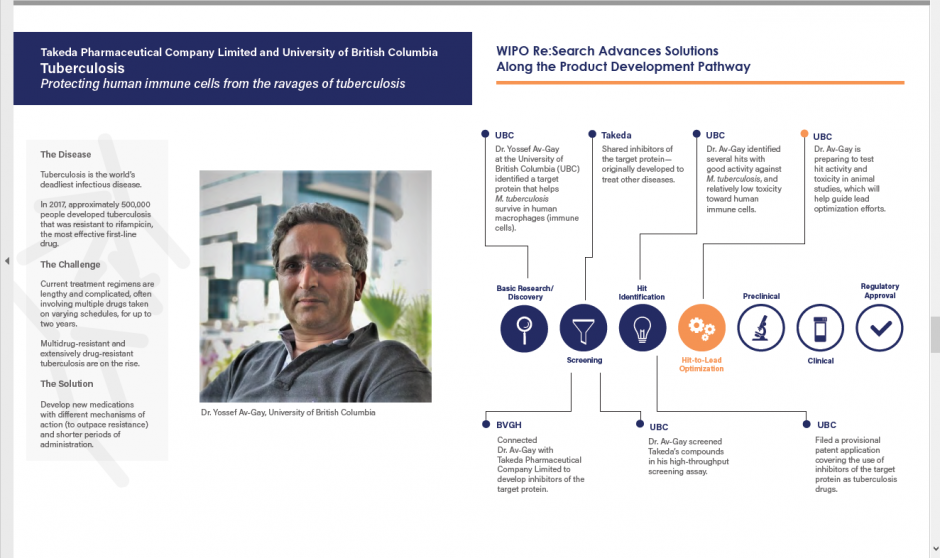