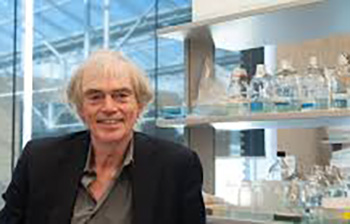 Patisiran consists of LNPs containing short interfering RNA (siRNA) that, if delivered to the interior of a target cell, will “silence” a gene coding for a protein called transthyretin (TTR), a transport protein found in the circulation. Mutations in the TTR gene can cause the TTR protein to aggregate into amyloid plaques that deposit in nerve and cardiac tissue, causing nerve and heart damage. The disease is currently incurable. Among other benefits, the Phase 3 trial showed that treatment with Patisiran improved the neuropathy impairment score in patients, meaning that nerve function stabilized or improved, and the self-reported quality of life improved as compared to treatment with placebo.

Professor Cullis comments that “these results validate work conducted since 1995 to develop LNP delivery systems that facilitate intracellular delivery of RNA and DNA polymers. An incredible team was assembled at Acuitas, Alnylam, Arbutus, and UBC to develop the LNP siRNA nanomedicine now known as Patisiran. Advances made were built on experience gained developing LNP delivery systems in my laboratory at UBC since I established it in 1978, so in many ways the success of Patisiran is the highpoint of my career. I need to acknowledge the efforts of literally hundreds of people who have contributed to the development of this drug, as well as to CIHR and its precursor MRC, who have provided continuous funding to my laboratory for the past 39 years.”