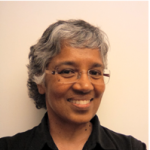 I am interested in the molecular mechanisms of microbial pathogenesis, particularly the mechanisms that allow colonization and carriage of Bordetella pertussis. B. pertussis is the Gram negative bacterium that causes whooping cough (pertussis). Humans are the only naturally infected host and there is no environmental reservoir. Despite being a “vaccine-success story”, pertussis remains an important disease with annual worldwide estimates approaching 20 million cases and 300,000 deaths. Although most cases of pertussis can be prevented by vaccination, neither vaccination, nor natural infection generates life-long immunity, underscoring the need for alternative vaccine strategies or inexpensive booster vaccines that can be administered safely on a global scale. Why we do not mount a long-lasting, sterilizing immune response to B. pertussis is not known. Indeed, surprisingly, little is known about how B. pertussis colonizes previously vaccinated (or immune) people, but it is becoming increasingly apparent that the organism has a repertoire of immune evasion tactics. Among these, is the ability to circumvent or dampen the complement system. In addition, B. pertussis has the ability to modify the lipid A moiety of its lipopolysaccharide (also called lipo-oligosaccharide), a property associated with immune modulation.

My laboratory also studies a family of bacterial surface proteins that represent a large class of virulence factors in Gram-negative bacteria, including B. pertussis. These proteins, called autotransporters, appear to encode their own channel to enable them to cross the bacterial outer membrane. How this happens is the subject of much debate.

My laboratory seeks to: