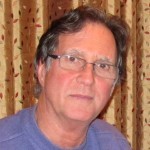 Steroid hormones control a wide range of normal biological processes but are also implicated in several disease processes including reproductive disorders, inflammation, diabetes, cardiovascular disease, and hormone-dependent cancers of male and female reproductive tissues. Synthetic steroids that act as agonists or antagonists are used widely as pharmacologic agents. The way steroids gain access to their target tissues is poorly understood, but is influenced primarily by two high affinity steroid-binding proteins in the blood: corticosteroid binding globulin (CBG) and sex hormone-binding globulin (SHBG). These two plasma proteins bind the glucocorticoids and sex steroids, respectively. By using a combination of molecular biological, biochemical and physiological approaches we have gained new information about how CBG and SHBG are produced and function with respect to normal development and aging, and how they are involved in disease processes.The following projects are currently supported by grants from the Canadian Institutes of Health Research.

Sex Hormone-binding Globulin (SHBG) binds sex steroids in the blood and regulates their access to tissues. Plasma SHBG levels fluctuate normally throughout life. However, abnormal SHBG levels are linked to pathologies caused by excess sex steroid activity, and predict risk for several diseases. SHBG is made in the liver, and we have shown how its production responds to nutrition, insulin-sensitizers and thyroid hormones, but information about how sex steroids alter SHBG production is lacking.

An SHBG isoform is also produced by human testicular germ cells, and it accumulates in the sperm head. The SHBG isoform levels in sperm correlate with their motility and decline with age, but its function and regulation are unknown. We have also identified proteins that interact with SHBG both outside and inside sex steroid target cells, and shown that SHBG’s function extends beyond its role of a blood transporter of steroids. Further studies are required to define how SHBG in tissues or cells influences sex steroid action locally.

Genetic variations that influence the levels or activity of SHBG have been linked to steroid-hormone dependent diseases, as well as clinical conditions associated with the metabolic syndrome. There is therefore a need to define how SHBG contributes to disease and how it may be used as a biomarker of disease risk.

Hypothesis and aims: This project explores the hypothesis that “SHBG not only regulates the access of sex steroids to target tissues but acts locally to influence their biological effects”.

Aim 1. Determine how SHBG expression in specific cell types is controlled. The priority will be to determine how sex steroids and other hormones regulate SHBG production by the liver, and define the molecular controls of SHBG levels in male germ cells. Established cell lines will be used to identify nuclear proteins responsible for hormone-mediated changes in SHBG production using molecular biological methods. Cell-specific alterations in human SHBG production will also be examined in transgenic mice after endocrine manipulations.

Aim 2. Define how SHBG within tissues or cells influences androgen/estrogen action locally. Studies of mice expressing human SHBG transgenes show that SHBG enters tissues and even accumulates inside some cells. Using these “humanized mice”, the molecular basis of SHBG interactions with extracellular proteins will be defined, and the impact of SHBG sequestration by the uterus on estrogen action will be determined. The presence of SHBG inside prostate cancer cells will be assessed with respect to androgen action, and the role of the SHBG isoform in testicular germ cells will be evaluated to gain insight into how it may influence sperm development or function.

Aim 3. Identify genetic polymorphisms that alter SHBG function/ production in relation to disease. The biological significance of newly identified genetic variants of human SHBG will be assessed in terms of steroid-binding activity, and their rates of production. Importantly, any genetic abnormalities in SHBG production and/or function will be assessed in relation to specific ethnic groups and clinical conditions.

Significance: Understanding how SHBG production is controlled and how SHBG acts locally within tissues and cells will shed light on SHBG’s broader physiological roles. The results will also reveal how genetic deficiencies in SHBG production and/or function may cause diseases or used to predict disease risk.

In human blood, Corticosteroid-binding Globulin (CBG) transports cortisol and regulates its access to target tissues at several levels. Our work has revealed the structure of CBG and the cloning and mapping of its gene, and we are currently studying the molecular mechanisms that control CBG production and function, and characterizing all naturally-occurring human CBG variants.

During trauma and acute inflammation, cleavage of CBG by specific enzymes releases cortisol. Production of CBG during pathologic conditions is also controlled by a coordinated, but poorly defined series of events. Together, these effects result in substantial changes in CBG levels that enhance the actions of cortisol during acute inflammation. People with CBG deficiencies do not suffer from chronic inflammatory diseases, but many suffer from fatigue and hypotension. What is not yet known is how individuals with genetic defects in CBG production or function cope with acute and very severe inflammatory diseases. Our goal is to improve our understanding of how CBG is produced and functions, and how CBG deficiencies contribute to disease states, in order to improve and personalize treatments with natural or synthetic steroids, especially during life-threatening events.

Hypothesis and aims: This project explores the hypothesis that “corticosteroid-binding globulin is a key regulator of glucocorticoid hormone action, and that its abnormal production or function has predictable and distinct clinical consequences”.

Aim 1. Resolve the structure of CBG in complex with different steroids, and CBG-proteinase interactions. Crystal structures of human CBG will be obtained in complex with natural or synthetic steroids as well as in the absence of steroids, and this information will be used to create and test novel steroid-hybrid molecules with therapeutic potential. Molecular and biochemical studies of the enzymatic cleavage of CBG are also expected to reveal how CBG-bound steroids are released at sites of inflammation.

Aim 2. Delineate the mechanisms that control CBG production. Biochemical and molecular biological methods will be used to examine how CBG production is regulated normally during development, and in response to acute inflammation. These studies are expected to reveal critical control mechanisms operative at the level of the CBG gene.

Significance: Collectively, the results of this project should reveal: (1) new ways of controlling the function of CBG, and strategies for the targeted delivery of novel steroid-derivatives with anti-inflammatory activity; (2) how CBG production is regulated under normal conditions and during disease, and suggest strategies for altering blood CBG levels, and (3) establish the utility of CBG as a biomarker of disease susceptibility, progression and recovery, and reveal how CBG controls cortisol action under both normal and pathological conditions.

3. CONTROL OF PROGESTERONE ACTION AT THE MATERNAL-FETAL INTERFACE: RELATIONSHIP TO PREGNANCY OUTCOME.

Progesterone is essential for establishing and maintaining pregnancy, and abnormal progesterone production/action is linked to miscarriage, pre-term labor, and pathologies of abnormal placental development, e.g. pre-eclampsia. Poor pregnancy outcomes are emotionally devastating and life-threatening for mother, fetus and newborn, and are a serious health issue.

Progesterone controls the maternal immune system at the site of placental implantation, and CBG regulates progesterone actions at this site. Together with our collaborator (Dr. Haiyan Lin, Beijing) we will define how CBG influences progesterone action at the maternal-fetal interface, and how genetic variability in CBG production and/or function may influence pregnancy outcomes in Chinese and Canadian populations.

Hypothesis and aims: The hypothesis is that “altered levels or function of CBG control the bioavailability of progesterone at the maternal-fetal interface, and influence pregnancy outcomes”.

Aim 1. Determine whether a common CBG variant in Chinese women is linked to pregnancy outcomes. A large cohort of Chinese women will be screened for a common genetic variant that reduces plasma CBG levels, and carriers will be followed to determine how this CBG variant may influence pregnancy outcomes. Similar collaborative studies of a multi-ethnic Canadian cohort are also underway (S. Lear, Simon Frazer).

Aim 2. Define the concentrations and molecular characteristics of human CBG at the maternal-fetal interface. Placental tissues and blood samples will be examined using new biochemical and immunological methods developed to determine whether the amounts and structure of CBG differs at the fetal-maternal interface during pregnancy.

Aim 3. Identify enzymes produced by placental cells that target CBG and alter its steroid-binding properties. Enzymes in placental compartments that specifically target and alter the biological effects of CBG at the fetal-maternal interface will be identified. Enzyme-resistant human CBG variants will be sought, and their biochemical properties and relationship to pregnancy outcomes will be determined.

Significance: This research will help identify women at risk for an abnormal pregnancy due to a lack of progesterone. Understanding how CBG controls progesterone actions at the maternal-fetal interface may also reveal new ways to enhance progesterone action in women with recurrent miscarriage or risk for pre-term birth, and for whom progesterone supplementation has been shown to be useful clinically.