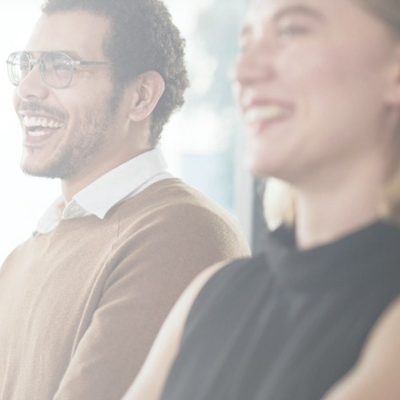 The Scholar and Research Trainee Programs specifically support BC’s next generation of health researchers. This year’s 71 awardees are investigating diverse research areas including: community-based health projects guided by Indigenous approaches to health and research in BC’s interior; interventions to reduce overdose during dual public health emergencies; supports for older adults with cancer; access to breastfeeding support in BC; and, mental health for men through social connection.

Award recipients are conducting research at many institutions across BC including University of Victoria, UBC Okanagan, Interior Health Authority, Women’s Health Research Institute, and BC Children’s Hospital Research Centre.

The Scholar Program supports early-career health researchers who are building leading-edge health research programs, training the next generation of scientists and expanding their potential to make significant contributions to their field.

“Congratulations to this year’s outstanding award recipients,” says Dr. Danielle Lavallee, vice-president, research at Michael Smith Health Research BC. “As BC’s health research agency, we are committed to building research talent for BC’s future. We are supporting a broad range of research areas addressing the needs and opportunities of BC’s diverse regions through institutions across the province. It’s exciting to be supporting research that will improve our health system and ultimately improve the health of the communities and people in British Columbia.”

Immunomodulatory effects of endogenous retroviruses in infection and inflammation

Infectious diseases and chronic inflammatory diseases plague human health and account for roughly 60 percent of deaths worldwide. Basic and translational research that reveal new mechanisms of immune modulation during viral infection and chronic inflammatory diseases are therefore critical to lower health burden. Genetic and environmental factors influence immune responses, but we are far from achieving a comprehensive understanding of mechanisms that underlie protective responses and unwanted excessive inflammation. Endogenous retroviruses (ERVs) are viral sequences that are major components of all human genomes, yet ERVs have been largely overlooked in the context of infectious diseases and chronic inflammation. Dr. Maria Tokuyama will develop a highly innovative and rigorous research program to identify novel interactions between ERVs and the immune system and determine interactions that boost antiviral responses in the context of viral infection and those that promote excessive inflammation in the context of chronic inflammatory diseases. This research will expand our knowledge of the underlying mechanisms of disease and will lead to health and economic benefits for Canadians.

The cultivation of stem cells to insulin-producing beta cells offers an unlimited source of transplantable material for diabetes treatment. However, currently manufactured beta cells do not function precisely like the healthy ones in our bodies. Human islets are cell clusters mainly comprised of a mix of endocrine cell types, and interactions among them are critical in controlling insulin secretion. However, this point has been overlooked by current manufacturing methods that typically attempt to make clusters enriched only for beta cells. The absence of other islet cell types may therefore be a leading cause of the failure to obtain properly regulated insulin production. We recently developed a method to coax stem cells into islet clusters that are enriched for major endocrine cell types. Interestingly, these islets formed through an essential but unidentified “budding process” and self-organized into distinct cellular arrangements over time. Our goal is to elucidate the mechanisms that regulate islet formation, including the ways in which the cells assemble and impact islet function. Success could facilitate methods to manufacture islet cells with more robust insulin production and guide cell replacement strategies for diabetes.

Cryo-EM studies of activators and inhibitors of KCNQ1 and KCNQ1:KCNE1 channel complexes

Type 1 Long QT syndrome (LQT1) and Short QT syndrome (SQT) result in life-threatening irregular heartbeats that can cause sudden death. LQT1 affects around 1 in 2,500 adults, whereas SQT may impact twice as many individuals, with high prevalence of congenital LQT in a First Nations community in Northern BC. Current treatments are inefficient and therefore, new therapeutic strategies are needed. Abnormalities of the protein, KCNQ1, result in these diseases. Normal KCNQ1 function moves charged ions through heart membranes. We generally know how KCNQ1 functions in health and disease; however, the exact mechanisms are not yet fully understood. We need to study the 3D structural changes that happen to KCNQ1 in the presence of certain compounds to understand how KCNQ1 functions. I will study the 3D structures of such complexes by using cryo-electron microscopy, a technique to study structural biology, and functional characterization. The new knowledge that will be produced will help better understand how such proteins cause disease and lead to new therapeutics for better human health.

During the development of Type 2 diabetes, the body often makes more of the blood sugar-lowering hormone insulin than normal. Recent research suggests excess insulin may cause weight gain and insensitivity to insulin. Studies from our lab showed that preventing this increase of insulin can reduce weight gain and extends lifespan in mice. Too much sugar consumption also contributes to obesity and diabetes, but how this happens is still unclear. Therefore, we aim to find out whether reducing insulin can prevent the detrimental effects of high sucrose and identify the underlying causes of obesity and diabetes. So far, our experiments with mice who were given sucrose drink in place of water, have revealed that mice given that have been genetically modified to produce less insulin are protected from higher body weight and blood sugar levels. With funding from Health Research BC, we will analyze the liver, muscle, and fat of these mice using powerful techniques that can profile thousands of genes and proteins in these tissues, rather than just a few at a time. These analyses will reveal the detailed changes in the cells in response to sucrose and insulin, which will tell us how they cause obesity and diabetes and help us develop strategies for preventing diabetes.

Cells that are the building blocks of the organism come in different forms and functions. Stem cells are a unique type of cells, because of their ability to change (differentiate) or maintain their state. Because of this ability to differentiate into any type of cell, stem cells are on the frontiers of regenerative medicine, which is aimed to restore damaged cells, tissues or organs. The cell division (mitosis) poses a challenge for cell identity. During mitosis, the DNA is condensed into characteristic mitotic chromosomes, the nuclear membrane, separating DNA from rest of the cell, is fragmented, and the gene expression ceases. How then cells memorized which genes were expressed, to continue their expression after mitosis? The mitotic memory has been proposed as a mechanism for the maintenance of cell identity after mitosis. One arm of this mechanism, called bookmarking, is the binding of transcription factors (proteins regulating gene expression), to mitotic DNA. This project aims to establish the molecular mechanisms of mitotic bookmarking in mouse embryonic stem cells. Using methods, such as gene editing, genomics, and imaging, I will solve how stem cells maintain their identity after countless number of cell division.