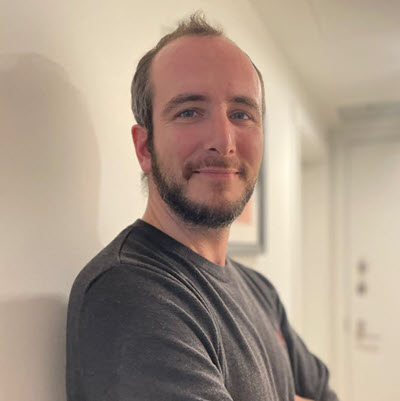 What drives fruit flies to binge on fructose? What makes them stop?

Glucose and fructose are always together in nature. The balance between them ensures that consumption of glucose, a primary source of energy for many life forms, will be well-regulated. But that’s not the way it plays out in a modern diet.

In a prize-winning paper published in Science Advances that earned a 2021 Brain Star Award, Dr. Pierre-Yves Musso revealed a new fundamental neural network mechanism that directly links the consumption and regulation of appetite-stimulating fructose to appetite-suppressing glucose. The study, arising from Pierre-Yves’ postdoctoral work in the Gordon lab, shows that when flies consume the typical 1:1 glucose-fructose ratio found in fruits and other natural substances, circulating glucose provides an “I am full” signal to a neural circuit in the fly brain, that regulates the drive for fructose. This circuit uses fructose as a proxy for the presence of energy in food, and glucose to induce satiety and prevent overindulgence.

The new circuit is comprised of three main neural components: Janus, named by Musso after the two-faced Roman god of beginnings, transitions, time, and passages, because it is asymmetrical in its distribution in the brain, as well as dFB and Gr43a. The three neural networks work in concert: dFB (dorsal Fan Shape bodies) neurons display oscillation is response to high glucose activity, while Janus participates in dFB oscillation, as well as the release of the neuropeptide tachykinin, which in turn signals satiety to the brain’s Gr43a fructose sensor, and then modulates Gr43a neurons’ response to fructose.

“If we have a huge increase in fructose, it will activate some neurons in the brain telling you to eat more, and more and more,” says Musso, who is now a research associate in the Tanentzapf lab. Highly processed foods have embraced this skew, which may be contributing to the explosion in metabolic disorders. ”Fructose isn’t a bad a guy, what matters is the balance,” he observes.

Interestingly, when the flies have truly gorged themselves on fructose, dFB neurons are not oscillating, an indicator that they aren’t feeling full. Pierre-Yves explains: when the flies are hungry, dFB are quiescent. In this state, the flies show a strong preference for fructose, when given a choice between the two sugars. “If given alone, I noticed they were eating sucrose like crazy – the table sugar – but not eating more than the glucose. This is counter-intuitive, because glucose means energy,” says Musso. “But sucrose is actually composed of glucose and fructose, and I found that the fructose was the one that was making them go more crazy.” The fructose is a drive for glucose.

Beyond these observations in fruit flies, Musso and colleagues confirmed that the new circuit network comprising Janus/dFB/Gr43a maps to similar functions in the mammalian hypothalamus, which suggests a similar process.

“Pierre-Yves thinks big, and that really comes across in this paper,” says Dr. Michael Gordon, senior author, and Dr. Musso’s postdoctoral fellowship mentor. “There are so many moving parts, I could barely keep track of them all. But Pierre-Yves just kept pushing to figure out the next piece to add, and in the end, he put together an amazingly broad and comprehensive story.”

Next Steps
In his future research, Musso is particularly interested in investigating the relationship between the taste of the food source and its predicted value. “For example, tasting a sweet food tells you that energy is coming,” he says. “But what would happen in a situation where a sweet food is not caloric? Does your brain learn about it? What are the consequences for your metabolism? In a world where artificial sweeteners (or natural ones) are communicated as being the answer to obesity and diabetes, addressing these questions seem to be of a particular importance.”

Dr. Pierre-Yves Musso is currently applying to a position with the Université de Toulouse in France, where he plans to carry forward with his research.