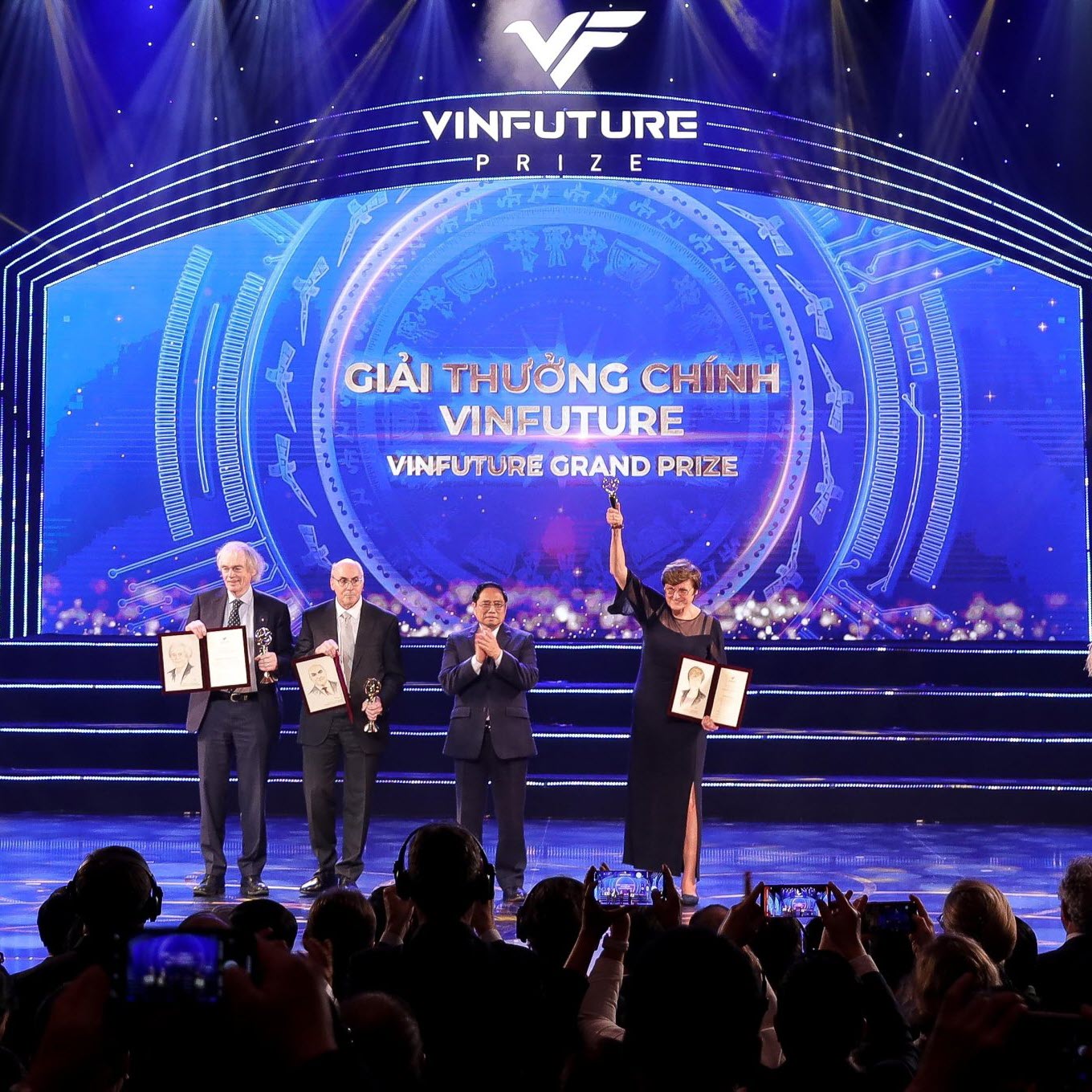 Canadian nanomedicine scientist and former LSI Director Dr. Pieter Cullis, together with his Germany and US-based peers Drs Katalin Kariko and Drew Weissman, have been honoured with the inaugural VinFuture Grand Prize for their contributions to the development of COVID-19 messenger RNA (mRNA) vaccines.

Dr. Cullis and colleagues at University of British Columbia (UBC) and Acuitas Therapeutics, a company he co-founded, developed the indispensable “made in Canada” lipid nanoparticle technology used by these vaccines to deliver mRNA into target cells. Drs. Kariko and Weissman made fundamental contributions that enabled mRNA to be used as vaccines through their ground-breaking joint research.

The prize recipients were announced at a ceremony held on 20 January 2022 in Vietnam, which was broadcast live in Vietnam and featured the appearance of Vietnam’s Prime Minister Mr. Pham Minh Chinh.

The VinFuture Prize 2021 recognizes truly outstanding scientific work that has made and will make a positive impact on the lives of millions, or even billions, of people around the world. The winners have brought new solutions for some of the most significant challenges that humanity is facing…

“I am grateful for this international recognition of the research conducted over 40 years in my UBC laboratory and in UBC spin-offs such as Inex Pharmaceuticals and Acuitas Therapeutics. It is a particular honour to share this prize with Drs Kariko and Weismann,” observes Dr. Cullis. “I am especially pleased that this award is helping to spotlight the cutting-edge role of Canadian science in the development of nanomedicines—the medicines of the future.”

The $3M VinFuture Grand Prize, the first global sci-tech award from Vietnam, recognizes “breakthrough research and technological innovations which positively improve the quality of human life and create a more equitable and sustainable world for future generations.” The prize is awarded by the VinFuture Foundation, founded by Vietnamese billionaire businessman Mr. Pham Nhat Vuong. The three scientists were chosen from among almost 600 international nominees by a rigorous process adjudicated by awards committees consisting of globally recognized scientists with the highest international standing.

Dr. Cullis, a Professor in the Department of Biochemistry and Molecular Biology at UBC, is also the Founding Scientific Director of Canada’s NanoMedicines Innovation Network (NMIN), in which he continues to play a leadership role.

Dr. Cullis has founded and continues to found new companies to commercialize technologies developed in his laboratory, including the Vancouver, BC-based biotech company Acuitas Pharmaceuticals. Acuitas was granted a 2021 Global Impact Award by Life Sciences British Columbia in recognition of its work with Pfizer and BioNTech in developing their highly effective mRNA-based COVID-19 vaccine.

In November 2021, Drs Cullis, Kariko and Weissman were jointly honoured for their mRNA vaccine roles with the 2021 Prince Mahidol Award, an international award created by the Thai Royal Family to recognize outstanding achievements in medicine and public health. The prestigious medical journal The Lancet profiled the trio in acknowledgement of the honour, and The New York Times featured their contributions in its 16 January 2022 article “Halting Progress and Happy Accidents: How mRNA Vaccines Were Made.”

Read the VinFuture announcement | Watch the ceremony (below)

This story, with minor alterations, originally appeared on the NMIN website.