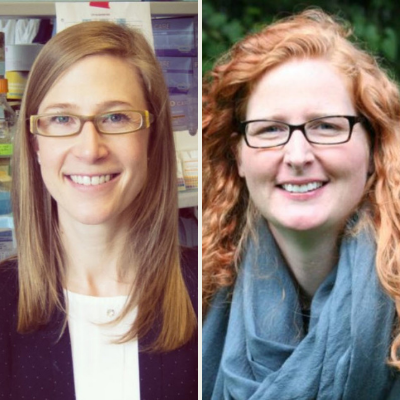 A call for inclusion: taking both sexes into account strengthens science

How different are males and females – really?¹

A review published this week in Development by UBC researchers Drs. Judith Mank and Elizabeth Rideout demonstrates that beyond visible physical characteristics, sex-based differences between males and females exist at every level of biological organization – in every system and structure. A large body of evidence now shows that genes, cells, tissues and whole bodies differ between the sexes among nearly all animals.

“We gathered together data from a large range of organisms and approaches to assemble a comprehensive resource of sex differences in development,” adds Dr. Mank, a professor in the Department of Zoology and the Biodiversity Research Centre at UBC. “This is one of the first reviews to deal mostly with sex differences in tissues outside the gonad, such as the intestine, brain, and heart.”

The researchers concentrated their synthesis around four themes:

The collaboration was a response to the need for a good, detailed review on sex differences in development. The differences discussed in “Developmental mechanisms of sex differences: from cells to organisms” are ignored at a cost to science and healthcare.

“Our knowledge is growing, reflects Rideout, but there is still a long way to go. At this time, for example, we are likely aware of only a minority of sex differences within organs due to extensive use of single- and mixed-sex animal groups in research.

“A key point of the review was to highlight the different developmental mechanisms that exist between the sexes,” she adds. “When we don’t study both sexes, we miss out on discovering mechanisms that may only occur in one sex. We hope the review will provide lots of great examples to show researchers the benefits of including both sexes in their research going forward.”

In their conclusion, Rideout and Mank call for normalizing inclusion of both sexes in developmental biology studies, and set out several important benefits of this approach:

“First, we will gain a more complete and accurate understanding of the genetic and molecular mechanisms underlying many aspects of development, behavior and physiology. When both sexes are not studied separately, the contribution of a specific gene to development may be obscured in mixed-sex groups or completely overlooked in single-sex groups.

“Second, we will gain a better understanding of the fundamental mechanisms that govern tissue and organ size control and the capacity of tissues and organs for repair. This is essential, as both size and capacity for repair are related to how well an organ performs its vital functions within the body.

“Third, we will improve our understanding of the cell signaling pathways that regulate development and maintain homeostasis in each sex. Given that signaling pathways regulate multiple aspects of development, influence organismal phenotypes (e.g. stress resistance, successful reproduction, lifespan) and contribute to disease, including males and females in developmental biology studies will provide insights relevant for a very broad scientific community.”

¹Brigid Schulte’s 2018 review in Slate of “How Science Got Women Wrong – And the New Research that’s Rewriting the Story” was entitled “How Different Are Men and Women, Really?”