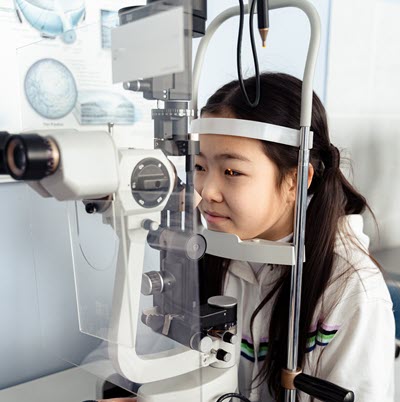 Dani Evans was only nine years old when her 20/20 vision began to change radically. She used to sit in the back of the classroom, and could still see the board. The change to sitting in the front row, and having to take pictures she can zoom in on, came quickly.

“It happened faster than the specialists thought it would,” Dani told Bill Metcalfe, a reporter for the Nelson Star in May 2021. “And that was very scary for me.”

The young Nelson resident was diagnosed in 2018 with Stargardt’s Disease, a rare form of macular degeneration that leads to progressive loss of vision that typically begins in childhood or adolescence. There is no treatment, nor is there a cure for Stargardt’s, and its hallmark accumulation of fatty material on the macula, a small portion of the retina needed for sharp, straight-ahead vision. Loss of function in this part of the eye causes blurry vision and decreases the ability to distinguish details and shapes.

Dr. Robert Molday, a Professor of Biochemistry and Molecular Biology at UBC, and the Canada Research Chair in Vision & Macular Degeneration has spent decades unraveling the genes, mutations and molecular mechanisms behind Stargardt’s, also known as STGD1, and other retinal conditions that are a leading cause of blindness around the world.

This month, in a publication in Nature Communications, Molday and co-author Dr. Filip Van Petegem harnessed the capacities of Cryo-EM imaging to gain insight into the molecular architecture of ABCA4, an ABC transporter expressed in light receptors in the eye , where it shuttles the substrate N-retinylidene-phosphatidylethanolamine across disc membranes. Using this advanced, ultra-cold technology, the researchers captured high-resolution structure of ABCA4 in its substrate-bound and unbound states. This work was conducted by a postdoctoral fellow in the Molday lab, Dr. Jessica Fernandes Scortecci, and supported by other members of both labs.

“In addition to gaining novel insight into the molecular structure of this unique importer, the studies are important in expanding our knowledge of ABC transporters” says Molday. Unlike other ABC proteins that function as exporters, ABCA4 imports its substrate from the extracellular to the cytoplasmic leaflet of membranes enabling the removal of potentially toxic Vitamin A derivatives from photoreceptors.

“When there is a loss in ABCA4 function,” explains Fernandes Cortecci, “these compounds can accumulate in the photoreceptors which leads to photoreceptor cell death, and loss of vision.” 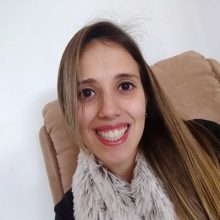 Inherited retinal disorders (IRDs) are typically caused by mutations in genes encoding proteins essential for the function and/or survival of rod and cone photoreceptor cells, according to Molday. More than 300 genes are now linked to IRDs. STGD1 is one of the most common single-gene linked IRDs, accounting for about 7% of cases, and affecting about 1:8,000 people worldwide.

For a disease without treatment options, this is an important step forward. By providing insight into the molecular mechanisms responsible for selected cases of Stargardt’s, the researchers’ work will serve as a framework for designing drugs as potential treatments for STGD1.

The path to discovery

The Molday lab first cloned the gene for a photoreceptor specific membrane protein of unknown function in 1997, and showed that it was a member of the superfamily of ABC transporters. At the same time a consortium of investigators in the U.S. identified the gene associated with Stargardt’s disease, and showed that it also encoded an ABC transporter. Sequence analysis confirmed that these ABC transporters were one in the same, now known as ABCA4 for the 4th member of the A-subfamily of ABC transporters. Since this time, one of the research programs in the Molday lab has focused on the molecular characterization of ABCA4.

“As part of this program,” says Molday, “we first identified the substrate for ABCA4, defined its direction of transport, localized ABCA4 within rod and cone photoreceptors, expressed and purified ABCA4 for functional characterization, analyzed the effect of numerous disease-causing mutations on the expression and function of ABCA4, generated and characterized animal models for Stargardt’s disease, collaborated with another group on the application of gene therapy as a possible therapeutic treatment for Stargardt’s disease, and compared the structural features and transport function of ABCA4 with two structurally-related ABCA lipid exporters, ABCA1 linked to cardiovascular disease and ABCA7 genetically linked to Alzheimer’s disease.

“In 2019, we teamed up with Dr. Filip Van Petegem, who has extensive expertise in structural biology to determine the Cryo-EM structure of ABCA4 in various states, a missing link in our understanding of the structure and function of this novel ABC lipid importer.”

“We plan to use the information on the structure of ABCA4 to more clearly define the role of various structural features of ABCA4 in lipid substrate transport and regulation, and to pursue drug discovery,” concludes Molday. “We want to identify novel pharmaceutical agents that can enhance the function of disease-associated ABCA4 variants as a potential therapy or treatment to slow, or even eliminate vision loss in STGD1 patients.”

This project was funded by a collaborative CIHR project between the Molday and Van Petegem labs, spearheaded by Postdoctoral Fellow Dr. Jessica Fernandes Scortecci and supported by other members of both labs.

Important information about eye health and Stargardt’s Disease is available from https://www.fightingblindness.ca/eyehealth/eye-diseases/stargardt-disease/