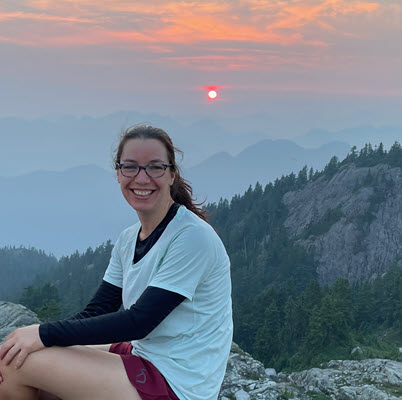 Sanne Janssen, a postdoctoral fellow in the Lorincz lab, has been named recipient of a Bluma Tischler award.

The fellowship targets MD or PhD graduates in Medicine, Biochemistry, Genetics, or associated disciplines carrying out research on the biochemical or genetic aspects of intellectual developmental disorders or other neurological disorders. Janssen started her training in the Netherlands, and completed a PhD at McGill University before coming to UBC to study epigenetics in early embryonic development.

At the LSI, in collaboration with Dr. Matthew Lorincz, she is focusing on how mutations in different epigenetic enzymes can lead to similar intellectual developmental syndromes. Her interest in early development is a passion shared with Dr. Tischler, who pioneered infant phenylketonuria testing and dietary treatment as a member of UBC’s Faculty of Medicine.

“Epigenetic enzymes that chemically modify DNA or proteins around which the DNA is wrapped, called histones, play a central role in regulation of gene expression, beginning early in embryonic development,” explains Janssen. “These enzymes include DNA methyltransferases that deposit methyl groups on DNA and histone lysine methyltransferases that deposit methyl groups on lysine residues of histone proteins. Intriguingly, loss-of-function mutations in three of these enzymes, which are responsible for functionally opposite methylation of two different lysine residues, are associated with phenotypically similar intellectual developmental syndromes.”

In this project, Janssen and Lorincz set out to gain insight into if—and how—reduced function of these two different enzymes similarly impacts histone methylation—and thereby gene expression—during early embryo development. “We hope that this study will contribute to a better understanding of the underlying etiology of these phenotypically similar intellectual developmental syndromes,” says Janssen.

In addition to her work in the lab, Janssen is involved in science communications for the Canadian Epigenetics Consortium and she is currently the VP Communications at the UBC Postdoctoral Association. During her spare time, she loves to spend time in the garden, on her bicycle, and in BC’s beautiful mountains for hiking, backpacking, and skiing.