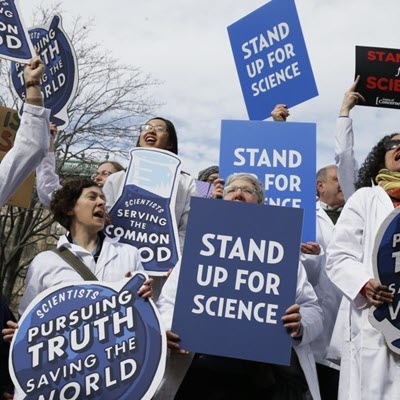 Opinion: Why being a scientist-activist might be part of your job after all

The time has arrived for scientists to step away from the sidelines. Evidence for anthropogenic climate change is clearer than ever, and we as a community are not doing enough to stop it from getting worse, according to Dr. Verena Rossa-Roccor, a German psychiatrist-turned PhD student at UBC’s Institute for Resources, Environment and Sustainability.

Climate change is a “super-wicked policy problem,” she says, one characterized by enormous interdependencies, uncertainties, conflicting stakeholder interests, and urgency, among other attributes. The wickedness of the problem induces paralysis in many people, preventing them from acting at all.

Verena’s path from clinician to a budding academic career focusing on academic knowledge-to-action activities and their impact on environmental policy began with frustration. As a clinician, she felt that unaddressed systemic issues were impairing her patients’ mental health. She left her practice to pursue an MSc in Population and Public Health at UBC, followed by her current pursuit of a PhD student at IRES, where she is exploring what can be learned from academics who have pushed the boundaries of what is perceived as ‘worthy’ scholarship to successfully shape environmental policy through activism.

Common roots and shared goals
I met Verena in Vancouver as we have friends in common back home in Germany. During our undergraduate degrees, we studied in the same small student town, called Tübingen, where I also did my doctoral work. During my PhD, I founded an initiative to get doctoral students engaged in sustainability, but was quite disappointed in the response. Many said they were too busy, and didn’t have time to get involved in political activism. Some people said this kind of involvement might damage our reputations. 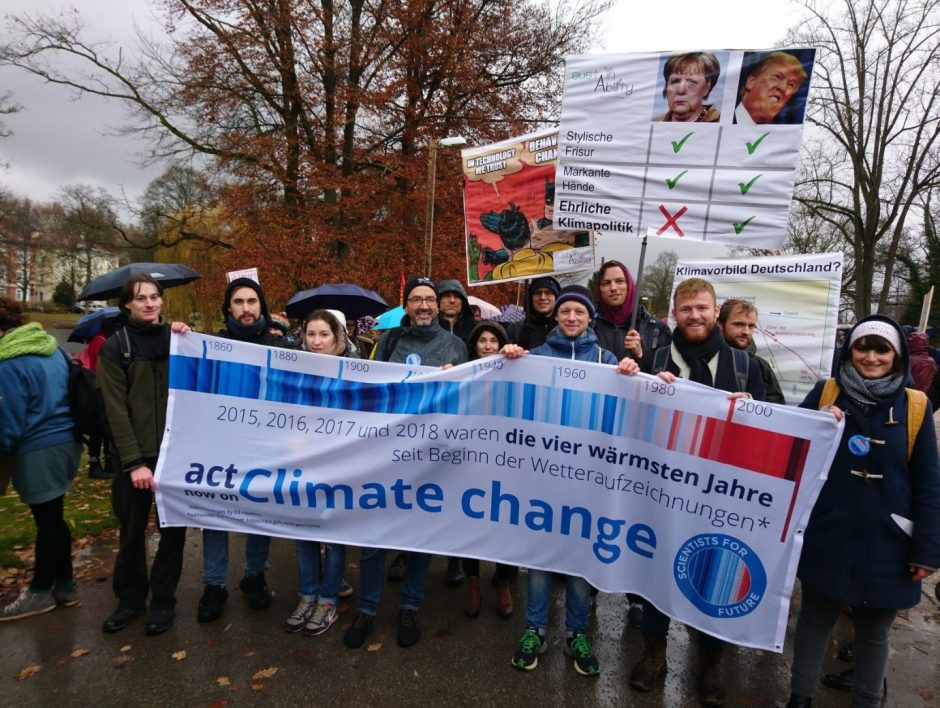 It was really helpful to me to discuss this scenario with Verena, who says all is not lost.

Evidence to Action
“There is ample evidence on strategies that have been very successful in changing policy,” she says. “For example, the effort to ban lead, an environmental toxin associated with severe health impacts, stirred a movement against a powerful industry that began in the 1960s and continues to this day. Increased government regulation, and the establishment of the US Environmental Protection Agency and the Occupation Safety and Health Administration are part of the legacy of this movement.”

“The label ‘activist’ should be an honour, not a slur.”
– Mary T. Basset, Director of the FXB Center for Health and Human Rights at Harvard University

“As academics,” Verena adds, “we should feel encouraged to make common cause with activists, and take on leadership roles in social movements acting on behalf of our evidence. Let’s implement these powerful, evidence-based change-making strategies and let’s embrace them as a third pillar of our academic mandate in addition to research and teaching.”
In her opinion – and that of a growing number of academics across the globe – scientists can and should go beyond publishing peer-reviewed literature. “It’s not enough,” she says. “Instead, we should lobby for evidence-based policy.” These ideas are captured in an article soon to be published in The Lancet.

Overcoming discomfort and harnessing objectivity
“For those of you who are now nervously shifting in their seat, feeling a deep sense of discomfort about taking action on behalf of evidence, let me reassure you: We all agree that we absolutely have an obligation to remain objective and as unbiased as is humanly possible in our research endeavours,” says Verena. “But why, I wonder, is it so hard to separate this from the normative goal of then acting upon what the evidence tells us?

“Scientists, and especially those who speak up publicly, are among the most trusted members of society,” she adds. “Instead, it is our own community that is most critical of advocates and activists in our own midst.” If we understood their work as evidence-based approaches to creating change, would we be able to finally accept this as a part of our work?

What’s your role?
So, what’s your stand on this? Verena thinks that “if you want to see change happening at a political level you have to become political, you have to understand how the decisions are made, and you have to get involved, you have to speak up. Voting is not enough. It’s a great first step, but not enough.” 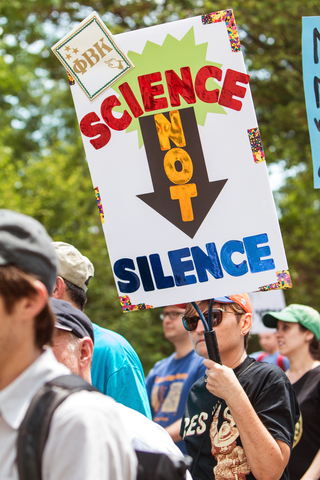 When I asked Verena if she has some advice for people at the LSI, she suggested, “Ask yourself: ‘why am I doing what I’m doing?’ If you want your work to have an impact, get working on that. There are so many areas where you can apply your expertise. Maybe an NGO needs you, maybe you can help advise a local politician, or commercialize your technology. There are many possibilities at UBC to get involved, such as the Ecoscope program, which is run out of the Life Sciences Institute.”

I personally have been involved in various different initiatives working on sustainability-related topics. One example is Scientists for Future International, an interdisciplinary group of researchers demanding more action against climate change. One of the best things about being part of such an initiative: you’re doing your part to save the world, but you also meet all sorts of interesting people who share a common purpose. A classic win-win situation.

You can get a taste of political engagement by making direct contact with your political representatives. “Find out who they are and call them, make your voice heard,” says Verena. “It’s one of the easiest, most powerful tools we have in our democracy.” Emailing and constituency visits tied to unfolding events or pending votes in the Legislative Assembly or Parliament are also effective.

“Obviously, starting your own company or joining a social movement isn’t right for everyone,” concludes Verena. “If you’re perfectly content doing basic research, that’s fine. But if that’s not enough, get cracking on having some direct impact – and enjoy.”

Photographs: American Academy of Science March for Science 2017, and a climate action demonstration in Tübingen, co-organized by Dr. Koch during his PhD studies.