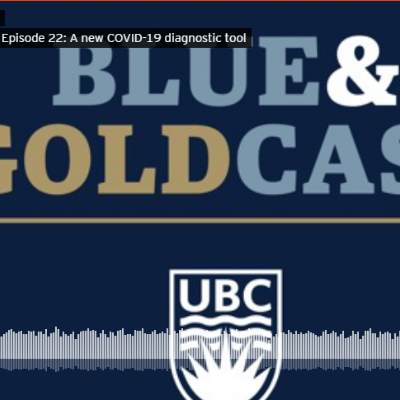 A nine-year collaboration between Dr. Karen Cheung and Dr. Lukas Chrostowski has produced almost 30 papers, a cross-Canada biomicrotechnology training program that has drawn 450 students from 70 institutions, and a patent pending on a biosensor that can be used to detect COVID-19.

Drs. Cheung and Chrostowski, both affiliated with the UBC Department of Electrical and Computer Engineering, were interviewed about their work on June 4 by UBC President Santa Ono for his Blue and Goldcast.

In this excerpt from the podcast, Dr. Cheung, who is a member of the Centre for Blood Research and based at the Life Sciences Institute, explains how the COVID testing collaboration took off. Dr. Chrostowski then speaks about the biosensor. 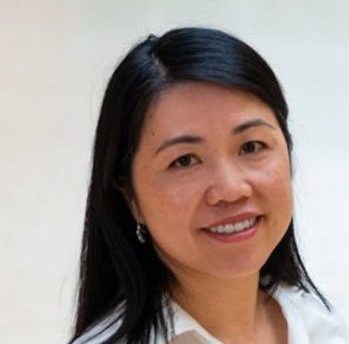 Dr. Cheung: Our labs were shut down with the on-campus curtailment last year. We’re all told to work remotely, but through Lucas’s contacts and connections, we were so lucky to be approached by a UBC spinoff. They’re now known as Jemena labs, right at the beginning of the pandemic. They were looking for a way to validate what they were doing in a lateral flow assay.

They wanted to test the effectiveness of their chemistry for detecting COVID and through conversations between Lucas and his connections there. They understood that we needed to really scale this up and be able to do this in a very quantitative way. We obtained an exemption from the university so that our students could go back into the laboratories and use what they were already doing in developing microfluidics and the silicon photonic technology, but really applying it, with the chemistry, to something very relevant to the pandemic. The students were just excited to be able to participate in this project and feel like they were doing something relevant.

Dr. Cheung: It is indeed funded by the Committee in Digital Technology Supercluster.

Dr. Ono: Wonderful, Lukas, your team just filed a patent for this biosensor

technology. Is that correct? 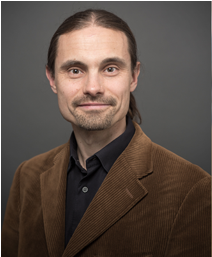 Dr. Chrostowski: Yes, sure. I’d love to tell you about it and how it works Let me tell you about how the sensor works and then, in particular, what’s on this new patent that we came up with.

The measurement principle is based on measuring the optical index of refraction, which is, essentially, the density of the material as seen by light, and we’re measuring the density of the material on the surface of its silicon. The material that we’re measuring, in this case, might be something like COVID-19 particles, and the way we measure the optical density is using a resonator. It’s just like a guitar string where you pluck a guitar string as a frequency and if you change the weight, then the frequency will change and so our goal is to measure the frequency of the light that resonates with a string resonator, and then correlate that with the frustration of the analyte.

The way that’s usually done is you have a $100,000 laser, and then you sweep it across this resonance, and then you look for a peak where this resonator is humming, just like a guitar string. What we did was instead, we thought about, going back to this motivation in March was how could you possibly take that and make 100 million of those? There’s no way we can use this 3000 benchtop laser.

The idea is that instead of sweeping the laser, we think of sweeping the resonator. Imagine taking your guitar and so we have a fixed frequency, and then you take your guitar and you tune the guitar to try to match the source, rather than the other way around. Then essentially what we’re doing developing is circuits on a silicon chip side, which tune the resonance of the sensor to match our reference, and the reference, which is what’s neat about this is that you can now purchase lasers for $1 instead of $100,000 because they’re used in internet communications and fiber to the home, and so they’re already deployed in hundreds and hundreds of millions a year. In low-cost lasers, replacing a $100,000 laser, and we also are developing technology at UBC to integrate the lasers with a Silicon chip, and so ultimately, that results in something that could be really manufactured in high volume.

Essentially, what we have is we’re sitting on technology that replaces a lab of hundreds of thousands of dollars with something that could be a few dollars when it’s manufactured. It would be just like conventional manufacturing, like electronics, and especially the potential of integrated photonics, and combining optics electronics on a trip for things that would be previously extremely expensive to do.

Dr. Ono: That’s pretty amazing. This is a very new technology that helps. Have you already gotten the patent? Has it issued yet, or are you waiting?

Dr. Chrostowski: We filed a provisional in April, and then the way the process works is you have one year to file the full application, so we filed the full application roughly two weeks ago, and then now we’re in the next period where we have, I think, it probably takes two or three years before the patent issued. Then in the meantime, we have more work to do.

Listen to, or read the full interview