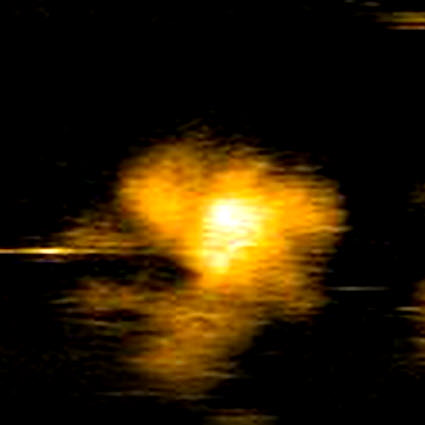 Proteins known as lectins can bind to the spike protein on the SARS-CoV-2 virus and prevent it from accessing human cells, an international team of researchers led by Dr. Josef Penninger has demonstrated.

They have captured the action on the pathogen’s spike protein via video.

“Lectins are proteins that can bind the sugar molecule structure on antigens such as the spike protein,” explains Dr. Penninger, director of the Life Sciences Institute in Vancouver. “Our idea is to harness this property to develop a drug to combat COVID-19 disease.”

The researchers developed the largest lectin library in the world to find two lectins that are particularly adept at binding to glycans on the SARS-CoV-2 spike protein.
The approach is based on the idea behind the drug candidate APN01, currently in advanced clinical trials. APN01 is designed to lock out ACE2 receptors on cellular surfaces, and prevent SARS-CoV-2’s spike from reaching the target it uses to infect and replicate.

“We are working with lectins on the same principle,” said Penninger. “But the lectins would occupy neuralgic sites directly on the spike protein and thus disrupt the pathogen’s binding to the cells. The door is blocked because the key is gummed up with lectins.”

The S-protein, as the spike is known, is the active structure SARS-CoV-2 uses—with surprising agility—to grasp its target on cells. S-proteins cloak themselves in glycans to hide themselves from the host’s immune system while they latch onto cells in the bloodstream, and major organs.

“We have now tools at hand that can bind the virus’s protective layer and thereby block the virus from entering cells,” says Dr. Stefan Mereiter, one of the first authors of the manuscript. “Moreover, these glycan-sites are highly conserved among all circulating SARS-CoV-2 variants, so this could be its Achilles’ heel.”

Collaborator Dr. Peter Hinterdorfer and his colleagues at the Institute for Biophysics at the University of Linz measured which binding forces and how many bonds occur between the lectins and the S-protein. “We also filmed this bond,” added Dr. Hinterdorfer. The scientists attached the spike protein that had been isolated at the University of Natural Resources and Life Sciences (Boku), Vienna, to a surface in a solution, and recorded the processes on film. “What is spectacular about the video is that you can see the dynamics of the spike protein.”

The mobility captured by this method surprised the researchers, as the three-sided S-protein always looks relatively closed in still microscopy photographs.

“We saw that it actually opens up on the surfaces, and that the three arms are dynamic,” said Dr. Hinterdorfer. “The lectins, on the other hand, were able to attach themselves to the structure for a long time on a biological scale.”

Attachment times of up to around one second are actually a long service life for a molecular connection.

The researchers’ work is now online in preprint at bioRxiv.