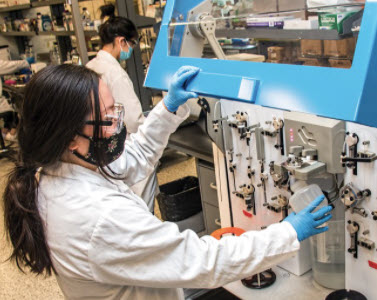 In an article posted online on the Business Intelligence for BC website, an interview with PNI CEO Dr. James Taylor indicates plans for PNI’s new $50 million biomanufacturing facility in Metro Vancouver are underway after the federal government revealed last month it intends to pour $25 million into the endeavour.

“The government support … has been a great catalyst to be able to bring that to fruition,” Dr. Taylor, a co-founder of PNI, told BIV.

PNI produces technology to develop and manufacture genetics medicines that deliver RNA or DNA directly into cells to treat disease at its molecular root cause.

Last fall, Ottawa earmarked $18 million for the company to pursue its own COVID-19 vaccine, which is expected to enter Phase 1 of clinical trials this summer.

PNI specializes in a class of vaccines known as self-amplifying RNA vaccines. These have the potential to create more potent vaccines as they amplify the signal, allowing PNI to manufacture more doses for less volume.

The new 40,000-square-foot facility, expected to be completed in March 2023, would be able to produce up to 240 million of those self-amplifying RNA vaccine doses.