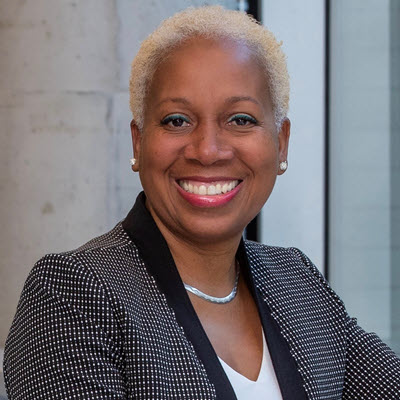 The journey behind Kaiso and the future ahead – a conversation with Dr. Juliet Daniel

I recently had the honour of chatting with Dr. Juliet Daniel who is scheduled to give her talk, “Dancing from bottoms up: Kaiso roles in colon and breast cancer, and cancer disparities,” on March 12th, 2021. My name is Sasha McDowell, and I am a PhD candidate in Zoology conducting research at the Life Sciences Institute. Dr. Juliet Daniel is a personal role model since she grew up in Barbados, as I did, and went abroad to avidly pursue her research goals. She is now a Professor of Cancer Biology and Interim Associate Dean of Research and External Relations at McMaster University.

We started our conversation as any Barbadian would – talking about back home. “Do you think that your adolescence in Barbados empowered you on your journey in academia?” I asked. “Maybe because you saw yourself represented in all professions and leadership positions there?” I think it’s important to note here that the population of Barbados is predominantly of African origin.

“Definitely. I didn’t come with the baggage of racism,” Dr. Daniel said. “Furthermore, in the Caribbean, we have a strict mindset of studying and working hard. There is a huge emphasis on education and its importance in success.”

It was refreshing to relate and compare notes on our upbringing.

I wondered what her experience was like as she transitioned to living and studying in Canada, and whether it mirrored my own. Well for one thing, we both fled to Vancouver to escape the frigid cold felt in other locations in the country. Dr. Daniel completed her BSc in Life Sciences at Queen’s University and later went on to complete her PhD in Microbiology, here at the University of British Columbia (UBC). We both found Afro-Caribbean Associations to give us that sense of belonging whilst away from home.

Dr. Daniel recounted the moment she became excited about cancer research. In the final year of her undergraduate degree, she had a very enthusiastic professor who came to class raving about oncogenes. This must have been around the time ground-breaking research was coming out of Harold E. Varmus and John M. Bishop’s laboratories, which led to their Nobel Prize in Physiology or Medicine for the discovery of the cellular origin of retroviral oncogenes.

Unfortunately, this period of time also coincided with the passing of Dr. Daniel’s mother, who had been diagnosed with ovarian cancer. She said that sealed the deal for her. Instead of going down a long and expensive path in medicine, especially after losing her mother, she opted for graduate research. In retrospect, she seems happy with this decision as it gave her financial independence and, in her words, “As a doctor I would’ve been simply giving medication, but as a researcher one gets to make the medication!”

After completing her PhD at UBC, Dr. Daniel moved to the United States to complete her post-doctoral studies at St. Jude’s Children’s Research Hospital and then followed her supervisor’s move to Vanderbilt University, both in Tennessee. Despite feeling the brunt of racism in the States, she discovered an important gene, Kaiso, which transcriptionally regulates the expression of genes involved in cell proliferation and adhesion. The word “Kaiso” is derived from a genre of Caribbean music, calypso, with West African roots. Dr. Daniel now looks at the implications of Kaiso, mainly in the context of aggressive and difficult to treat triple negative breast cancers (TNBC), but also collaborates on studies of its role in other tissues such as those located in the intestines, the colon and the prostate gland.

TNBC is a breast cancer subtype that spreads quickly to vital organs such as the brain, lung and liver. It disproportionately affects Black and Hispanic women who have a significantly higher mortality from TNBC than their white counterparts. The reason for the high mortality rate is the lack of targeted treatment for TNBC. Breast cancers are classified based on the expression of three biomarkers: the estrogen receptor, progesterone receptor and the human epidermal growth factor 2 receptor. Hormone and targeted therapies are used to treat these cancers. However, the TNBC subtype lacks the expression of all three biomarkers and so the only treatment is chemotherapy and/or radiotherapy.

Dr. Daniel’s lab has found that Kaiso is highly expressed in TNBCs and that Kaiso depletion attenuated the metastasis of TNBC cells in a mouse model. Her lab is actively investigating methods for using Kaiso as a prognostic or diagnostic tool. Similar to the current approaches using the BRCA1 genetic test, examination of Kaiso expression levels in women of African ancestry may help determine whether those with a family history of breast cancer have a higher risk of developing TNBC. Dr. Daniel’s lab is also currently elucidating the molecular determinants underlying the racial disparity in TNBC outcomes, with the hope of developing novel drug regimens for Black women with TNBC.

Dr. Daniel revealed that when she first applied for funding for her TNBC project, one grant reviewer commented that her study “was not relevant to the Canadian context.” One aspect of this comment that struck me was how this research would uplift not just one scientist but an entire community and millions of Black and Hispanic women globally. Dr. Daniel’s trainees are from diverse backgrounds and are passionate about health disparities research — something we need more of. Furthermore, her research fosters collaborations with scientists in regions such as the Caribbean, where there is a high prevalence of TNBC, but less research infrastructure to study this disease subtype. The benefits are many-fold and may ultimately have a wider global impact beyond the shores of the more developed countries, potentially bringing benefits to a large number of women in the world’s less developed countries. We spoke of how funding agencies should set aside monies for this kind of research. This might have seemed like a pipe-dream years ago, but 2020 has been somewhat of an awakening.

Recent events over the last year or so, including the worldwide protests following the death of George Floyd, have stimulated a greater sensitivity to underlying issues affecting mainly people of colour, which in turn has prompted the formation of networks of support, such as the Canadian Black Scientist Network (CBSN). Dr. Tamara Franz-Odendaal (Mount St. Vincent University) and Dr. Daniel, inspired by such events, initiated the creation of the CBSN, as a support and mentorship network for Black Scientists in Canada. Networks such as these are helpful in providing a group and voice for scientists from underrepresented groups in Canada, including women of colour and ethnic minority communities. This can only bode well for the future as it would hopefully widen and diversify the representation and contribution of these currently underrepresented groups to the important universal endeavour that is Science. I look forward to seeing the progress of this network and I am even more excited to get into the nitty-gritty of Dr. Daniel’s Science in her upcoming seminar at LSI.

Story by Sasha McDowell, PhD candidate in Zoology in the Gordon Lab