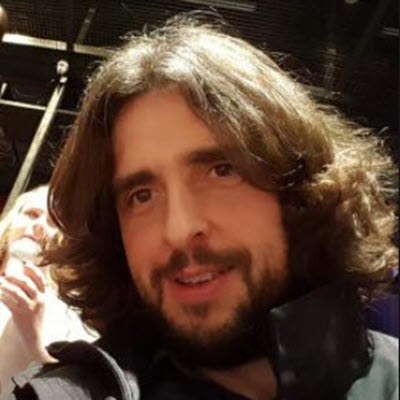 Using cryo-EM as a structural sleuth to identify targets for treating a rare disease: malignant hyperthermia

Two weeks ago, a two-year-old with tooth decay started exhaling alarming amounts of CO2 and her heart began to race three minutes after being put under general anesthesia for a routine cleaning at the dentist’s office.

Aware they were looking at a potentially fatal reaction to the anesthetic, the team administered fentanyl, then cut the anesthesia and quickly started an emergency protocol. A special crash cart was summoned, prepped for treatment of a rare genetic condition called malignant hyperthermia (MH).

MH is an anesthetist’s nightmare, and the source of wrenching loss to thousands of families. Before it was well understood, up to 90 percent of people who carried a mutation in the ryanodine receptor in RyR1, a protein linked to skeletal muscle, died when exposed for the first—or a subsequent time—to volatile (inhaled) anesthetic.

“Patients can have a pretty normal life, until there is a trigger,” says Dr. Filip Van Petegem, a professor of Biochemistry and Molecular Biology at UBC based in the LSI. “An MH episode is brutal. The patient can undergo muscle rigidity and their temperature can soar up to 43C. If not treated immediately with the right drug, they will die.”

Dr. Van Petegem studies mutations of the ryanodine receptor, a daunting channel protein noted for its size and complexity. In a paper published in Nature Communications this week, Van Petegem and colleagues showed the sequence variations associated with MH cause large changes in the structure of the RyR1 protein, which make it easier for this channel to open.

This opening allows calcium ions to flow between the compartments of the cell, where the increased concentration of calcium signals functions such as gene transcription, proliferation and cell migration. In muscle cells, this flow triggers contraction.

“We know that the anesthetics make it easier for the channel to open,” says Van Petegem, but in a typical individual, that doesn’t happen. The combined effects of the mutation and the anesthetic are somewhat additive. All these ryanodine receptors are open in your muscle tissue, and that’s when things go haywire.”

“It’s been known since the 90s that there are mutations in the ryanodine receptor, and that these are causative for MH. There’s been a lot of functional work showing in various labs across the world that the mutations make it easier for the channel to open,” says Dr. Van Petegem. “So really, the question was, mechanistically, why is that the case? That’s what this study really reveals, because we can directly see the impact of the mutation on the 3D structure of the receptor, which I think provides the most insights.”

Van Petegem and his coauthors examined 3D cryo-EM structures of wild type (typical) and disease mutant forms of the Ryanodine protein in pig tissue. Pigs have a condition called Porcine Stress Syndrome whose symptoms are very similar to MH, caused by a R615C mutation in that is analogous to R614C mutation in humans.

With 3D visualization, the researchers were able to actually observe what the mutation was doing, and how it facilitates transitions: opening the calcium channel to enable muscles to contract as calcium ions go from one compartment of the cell to another.

“This needs to be well-timed,” observes Van Petegem.

“What we see is, when you compare, even with just a normal, big RyR1, we have structures in the open state, and in the closed state. We can see the parts in the protein that move during opening. There are particular parts on the protein that come together, other parts that are moving away from one another, and in normal protein, when I say that it needs a trigger to do that, it requires some energy.

“The basal state of this channel is being closed, and you need a trigger from an additional protein to force it to open. And so that needs energy. What the mutation particularly does is it reduces the amount of energy that is required to open the channel.

“As biochemists we like to talk about energies,” reflects Van Petegem. “That is exactly what’s happening. Destabilize the closed state, and that makes it easier to open.”

Translatability of the finding

“Because we can see, or compare the wild type and the mutant structure, side by side, we see that there are structural changes,” says Van Petegem. “The ideal therapeutic would be to prevent that structural change from happening—and to have the mutant ryanodine receptor bound to some molecule that brings its structure back into the conformation of a normal channel.

“Because we were able to directly see what has moved, relative from wild type to mutant, it gives us particular clues into what are called the pockets of the protein that could be targeted with small molecules.

“That is really the translational ability of this system—being able to define parts of the 3D structure, that could be targeted with drugs, with novel molecules. There are two routes:  the small molecule route, which still requires a lot of screening of these structures— we call it virtual screening, where you just try to see computationally—can we find molecules that would stick to the pockets that we think would stabilize the protein?

“To summarize, it tells us pockets, it tells us which part of the protein we can target, with either small molecules or with proteins that could then be encoded genetically as part of gene therapy.”

“One important thing that is already advantaged, looking at 3D structures of this protein, is in the case of a patient with suspected malignant hyperthermia” adds Van Petegem. “Very often, a genetic test needs to be done.

“If they find a mutation, or sequence variant on your ryanodine receptor, we don’t know, by just looking at the gene, whether that sequence variant is pathogenic, or not. Because it could be just a benign polymorphism Not every difference is a bad difference.

“It’s very important to know when somebody has such a sequence variant, it’s very important to know if that would likely cause MH, or another genetic disease—or not. This is one of the powers of the structural biology: we can map any of these gene mutations, directly on the 3D structure of the protein, and even without solving the structure of the mutant version, we can probably already predict whether it’s likely to impact the protein or not.

“Having that information is extremely useful for the geneticist who can then find a genetic counselor, to inform the patient— ‘yes, you likely have susceptibility for malignant hyperthermia’—which means you should never receive volatile anesthetics, and you shouldn’t take certain muscle relaxants.

“If somebody has that variant and it truly seems to be disease causing, based on such an analysis, it’s very important for all the family members to get their genes sequenced as well. And any family member who has that same mutation is then at risk, and they can also take preventive measures.

“And that’s the most important thing, knowing ahead of time, whether you’re susceptible or not,” concludes Dr. Van Petegem.

For the two-year-old girl in the dentist’s office, the MH cart, an MH protocol and a call to the Malignant Hyperthermia Association of the United States hotline helped ensure the toddler’s survival. Episodes of MH are estimated to occur in one in 100,000 instances of anesthesia being administered. Clinician awareness, and the availability of emergency treatment with the drug dantrolene have reduced mortality to between 1-17 percent.

For individuals with MH and other conditions associated with RyR1 mutations such as central core disease (CCD, a type of myopathy), community support and evidence-based information are available from the RyR1 Foundation. Dr. Van Petegem serves on its scientific advisory board.

A closely related mutation on ryanodine receptor, RyR2, results in life-threatening arrhythmias. The Children’s Heart Centre at BC Children’s Hospital conducts research and oversees care of children with CPVT, a disorder which causes their hearts to beat very fast and irregularly when they are experiencing some kind of strong emotion or when they’re engaging in physical activity.

Dr. Van Petegem collaborates with clinicians at both MHIU and the Children’s Heart Centre, performing structural analysis of genetic samples from patients with RyR-related mutations and ensuring direct translation of his research to patient populations.