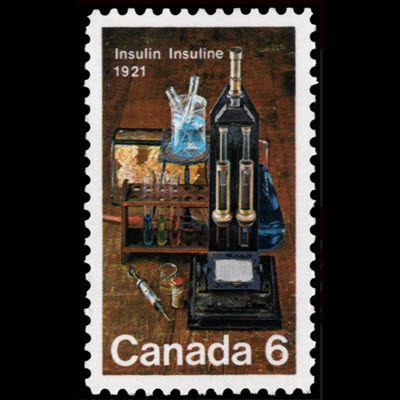 Dr. James Johnson is part of a research team awarded funding in a new initiative aimed at accelerating development of stem cell-based therapies for the treatment of Type 1 Diabetes (T1D).

Sonia Sidhu, Member of Parliament for Brampton South announced November 28 that the CIHR-JDRF Partnership to Defeat Diabetes will support two Canadian research teams, including one based in Vancouver led by Dr. Francis Lynn at the BC Children’s Hospital Research Institute and the University of British Columbia.

In order to reach this goal, the group hypothesizes that a greater understanding of how cells develop into fully functional islets cells is required. Five projects detailed in their successful proposal will help to uncover, in a comprehensive manner, how close current human stem cell-derived insulin producing cells are to functional adult β cells, how the group might narrow the gap, and how they can maintain function in the face of a changing post-transplant environment. The group will use its combined expertise to determine whether other defined cell types, which have not been assessed for roles on β cell maturation, might improve the function of stem cell-derived β cells.

Dr. Johnson is renowned for a broad scope of β cell biology and diabetes research, and worked with stem-cell derived β-like cells since the field began in the early 2000s. Using innovative approaches, he has gained insight into pathways controlling β cell function and their cell rate decisions, such as whether to grow, to die, to or change their level of functional ‘maturity’. As part of this team, his lab will focus on simultaneously comparing hundreds of factors, using powerful robotic microscopes, to determine which factors can guide immature β cells towards a higher degree of functional maturity.

The second research team is being led by Dr. Maria Cristina Nostro at the University Health Network and the University of Toronto. Together, the teams will build on Canada’s demonstrated research excellence and leadership in clinical islet transplantation, stem cell biology, diabetes, immunology and genetic engineering to accelerate stem cell-based therapies for T1D. They will work in collaboration with other Canadian researchers to tackle some of the biggest scientific challenges that impede our progress in this area and move us closer to a future where people with T1D will no longer rely on insulin therapy.
Stem cells show great promise as a source of insulin-producing cells that could be transplanted to provide a new source of insulin, to replace dysfunctional, damaged or lost pancreatic β cells.

Canada has a remarkable legacy in leading discoveries in this area. Insulin was discovered 100 years ago in Toronto. Stem cells were discovered in Toronto in 1961, and in 2000, a team in Edmonton made a major advancement with the successful transplantation of insulin-producing cells. UBC Life Sciences Institute, Dr. Johnson’s lab was the first to demonstrate marginal glucose responsiveness in stem cell derived β-like cells, while collaborating with Dr. Timothy Kieffer (also of the UBC Life Sciences Institute). These achievements represent important steps toward a treatment that will allow people with T1D to live healthy lives without daily insulin injections.

More than 300,000 Canadians living with type 1 diabetes (T1D), an autoimmune disease with no known cause or cure, resulting in the dysfunction, damage or loss of pancreatic β cells that produce insulin in our bodies. People with T1D must treat themselves with insulin several times per day to keep their blood glucose levels normal, and despite their best efforts, they often experience serious, and even life-threatening, complications.

This funding was provided by the Canadian Institutes of Health Research Institute of Nutrition, Metabolism and Diabetes (CIHR-INMD), and JDRF Canada, through the CIHR-JDRF Partnership to Defeat Diabetes established in 2017. Each partner will invest $3 million over five years. This investment is part of a large research initiative, 100 Years of Insulin: Accelerating Canadian Discoveries to Defeat Diabetes, funded by CIHR and partners. This initiative commemorates the 100th anniversary of the discovery of insulin to be marked in 2021—a discovery that changed the lives of millions of Canadians and people around the world and won researchers Sir Frederick Banting and John Macleod the Nobel Prize in Physiology or Medicine.