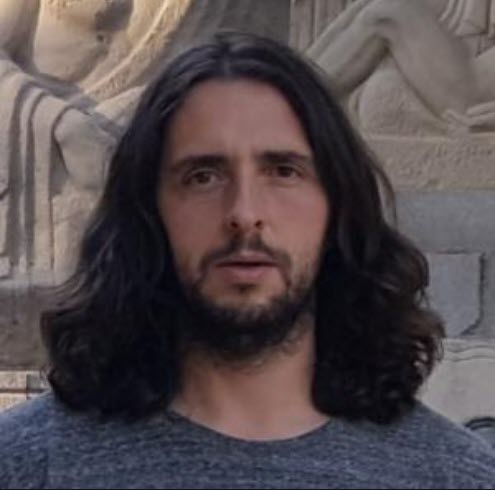 Insecticide study sheds light on the structure of its receptor, pointing the way to more benign pest control and potential heart treatments

If an insecticide can be said to have a silver lining, Dr. Filip Van Petegem and colleagues have discovered one.

New insights on diamide insecticide binding on the ryanodine receptor published in Nature Chemical Biology point the way to human- and bee-friendly formulations of this common form of agricultural pest control — as well as a path to potential therapies for cardiac arrhythmias.

“This is a cool story about how insecticides, widely used worldwide, affect a critical protein involved in muscle function of insects, and shows how many insects have ‘escaped’ the insecticide by evolving mutations in the binding site,” says Van Petegem. “Our study also shows that the insecticides, considered ‘safe’ by the vendors, also affect the corresponding human protein.

“So, the main thing we found is first of all, where exactly this insecticide binds on the ryanodine receptor,” adds Van Petegem. “We did it directly, using cryo-electron microscopy, using the facility here in the Life Sciences Centre. It wouldn’t have been possible without it. It allows direct visualization, because you can see the structure, you can see the density of the compounds of the structure on the ryanodine receptor, so you know exactly where it binds, and which amino acids are actually involved in forming this binding site. 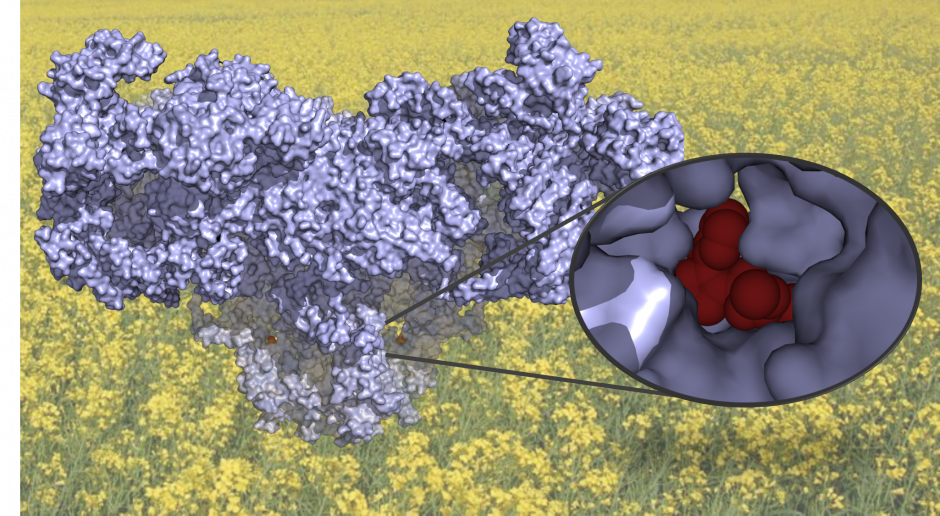 “The nice thing is that it really matches what is known about certain insects – some of the world’s most destructive pests, such as the diamondback moth, tomato leafminer, rice stem borer and the beet armyworm — which have already become resistant to this type of insecticide. If you look at where a number of those mutations are, and you map those on the structure, it’s right in the binding site. These insects just introduced mutations so they would be less sensitive.”

The vendors of diamide insecticide would say it’s completely safe. It doesn’t affect humans or mammalian species, it treats crops. But it’s clear at high doses, it does, according to Van Petegem. He points to a case study in India, where a person attempting suicide drank 10 ml of this particular insecticide. “She had a whole bunch of cardiac symptoms, and went into arrythmia,” he says. “That’s because the heart also expresses this ryanodine receptor. It’s quite clear, if the dose is high enough, it will affect humans.”

A tropical plant lends its name to a molecule and a receptor
The discovery of the ryanodine molecule, the ryanodine receptor, and its vulnerability to diamide insecticides are all linked to the identification of a South American plant called Ryania speciosa in the late 1800s. Its capacity to repel insects led to a formulation that made a brief appearance on the market before being pulled after it turned out to be equally toxic to humans as well as insects. “At that time, they didn’t even know how the insecticide was working,” says Van Petegem. In the 1940s, a complex molecule was isolated, and named ryanodine. “It was only later on, there was a search for the receptor. The name doesn’t reveal anything about what it really does in the body, but it’s a name that comes from this perspective – the Ryania plant, the molecule ryanodine, and the receptor for it.” 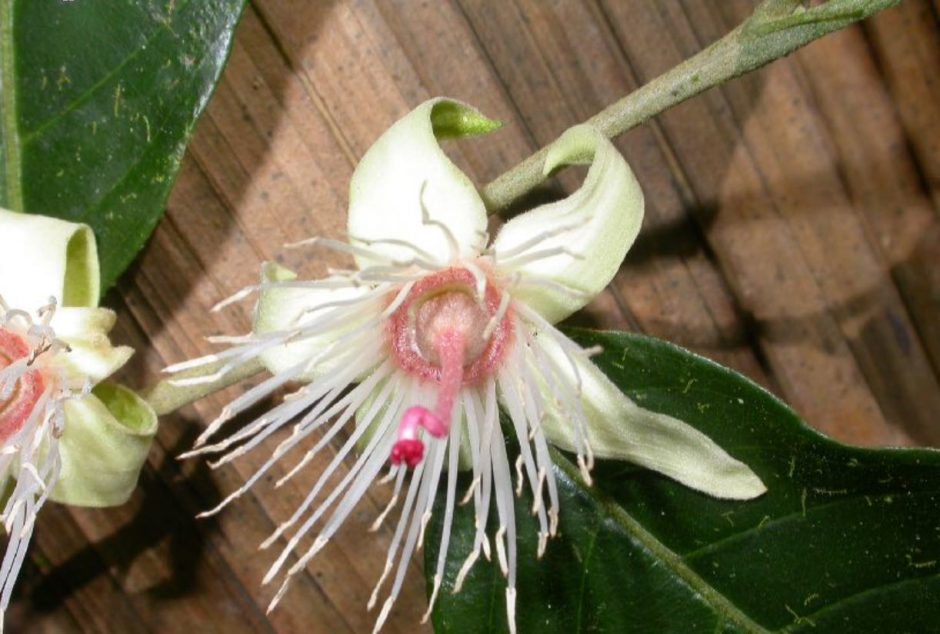 In humans, these receptors play critical roles in muscle and neuronal function. “What this molecule does — and it is something that we can clearly see in the 3-D structure in the cryo-electron microscope — it induces the opening of the ryanodine receptor,” adds Van Petegem. “The ryanodine receptor has a big channel that allows movement of calcium ions from one compartment in the cell – the sarcoplasmic reticulum — to another, the cytosol. So, you can imagine that if you have a molecule that triggers opening of this, it will cause muscle contraction. Now, muscle contraction should happen only when you want it to happen, where you want it to happen. The biggest danger, I would say, is in the heart. We know the ryanodine receptor is incredibly important in muscle, but also in cardiac muscle, so it’s involved in all types of cardiac arrythmia and heart failure.”

A recent paper from UC Davis identified human mutations in the ryanodine receptor gene that increase sensitivity to diamide insecticides. In one case, in one of those mutations, the authors showed that concentrations as low as 10 nanomolar – the amount that’s required to paralyze insects — can produce an effect. “You can be 100-fold more sensitive to the compound if you have the wrong mutation, so to speak,” says Van Petegem. “There should be a warning that anybody predisposed with a mutation in the ryanodine receptor gene could possibly have increased sensitivity to diamide insecticides, and that could potentially be dangerous.

Another concern for Van Petegem is the long-term effect of smaller doses of diamides that don’t cause acute toxicity, even in people without mutations that make them highly sensitive. “What happens 10 to 20 years down the line? Diamide pesticides are supposed to be completely safe, but like with any drug, the very long-term effects—until somebody studies that, you don’t really know.”

“It’s clear, though, if you keep on using diamide insecticides, you’re going to keep putting evolutionary pressure, and you’re going to have resistance everywhere with pests. It’s a nice parallel with antibiotic resistance. Assume you have some resistance, but if you keep on using it, you’re just going to increase resistant bacteria, in this case, it’s resistant insects. Of course, the problem is going to repeat itself, right? You probably will find other resistant mutations and it’s an ongoing battle.”

Good news for bees and other species
Yet, Van Petegem also finds cause for optimism within this scenario.

Now that it is known where the mutations are that produce pesticide resistance in agricultural pests, he says, the idea is to use the information to design modified compounds that will still affect resistant insects – the next generation of insecticides.

In the meantime, mammals – and, vitally, bees, stand to benefit from Van Petegem and his colleagues’ discoveries. “Now that we have the 3-D structure, we know how diamide insecticide binds to the human ryanodine receptor, as well as the insect receptor,” he says. “So, this can give us clues to make modifications on the compounds and make them more species selective – and safe for human consumption.

“We also know that in general, if we use insecticides that don’t discriminate, you’re going to kill off honey bees. So now in the binding site for this insecticide, there’s actually at least one amino acid that is different between honey bees versus the insects that are considered pests. The compounds are already a bit more selective, naturally, versus honey bees, but this definitely also opens up the opportunity to use the structure to design a molecule that would be more selective for the bad insects versus the benign insects.”

Prior to publication, pesticide manufacturers were already expressing interest in these findings. Dr. Zhiguang Yuchi, Van Petegem’s former post-doctoral fellow and now based as principal investigator at Tianjin University in China, has medicinal chemist colleagues who are keen to begin modifying compounds.

Drs. Yuchi and Van Petegem also share an interest in reverse-engineering their findings to identify potential cardiac therapeutics. “This is a drug that triggers opening, right,” Van Petegem muses. “The ideal drug would actually do the opposite, and prevent opening of the channel. There are many types of arrhythmias, and there are also a lot of disease mutations found in the cardiac ryanodine receptor. What most of them do – more than 99 percent – they all cause the receptor to open up too easily.

“This compound, it really does the same thing, and it’s potentially dangerous. The ideal drug would actually compensate for that. We do have some ideas, based on the structure. Think about screening for a novel set of molecules that could do the opposite. That’s the general drug implication, and it won’t be an easy thing. But the cryo-electron microscope shows us a particular focus, a little site on the 3-D structure. It’s something we’ve talked about, and we’re actively trying to think about how we could do that, using all the available tools that are out there.

“Our interest has been from the health perspective, trying to understand diseases associated with the ryanodine receptor, and the associated proteins,” concludes Van Petegem. “It’s all part of this big muscle-signaling complex, mostly looking at the disease angle, but it’s interesting how, when you study an insecticide, it gives clues about how to tackle disease also. That’s kind of a nice silver lining.”