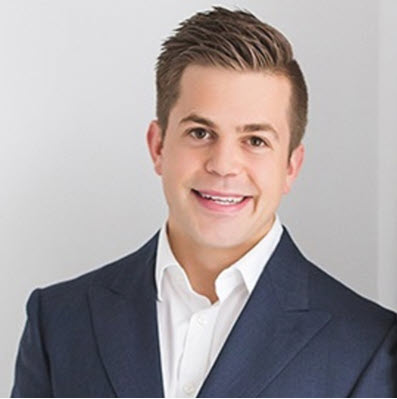 Adam Ramzy has helped develop a novel gene therapy tool that can act as a “trojan horse” to selectively deliver Cre to beta-cells in the pancreas.

A third-year medical student at UBC, and a PhD student in Dr. Tim Kieffer’s LSI lab since 2014, Dr. Ramzy is first author on a new study recently published in Nature Research Scientific Reports.

Ramzy was interviewed about his most recent publication by Science in the City, in which he set the context for the novel gene therapy, and described its therapeutic implications. The study is one of the chapters of his thesis, alongside other work on insulin-producing beta-cell development and function. He has contributed to more than 10 publications, and has garnered prestigious accolades, including a 2019 Canadian Medical Hall of Fame (CMHF) Award, and the number one ranking in the 2015 Vanier Canada Graduate Scholarship competition.

Diabetes will be a continuing interest for Ramzy, who expects to finish his MD/PhD program in 2021.  Following medical school, he intends to pursue a residency in internal medicine, and a fellowship in endocrinology.

Diabetes is a chronic disease that affects over 400 million people worldwide and bears a significant morbidity and mortality cost. Patients with diabetes face an insufficiency of the hormone called insulin that is produced by beta-cells in the pancreas which leads to elevated blood sugar levels. Though replacement of insulin by injections has saved millions of lives, patients still face times of frustrating high blood sugar levels that cause heart disease, kidney disease, and eye disease as well as dangerous low blood sugar levels that can cause coma or death. The work in the Kieffer lab centers around the critical observation that by replacing beta-cells in patients with diabetes using donor cells from extremely limited organ donors, patients become insulin independent and largely avoid the complications of diabetes. The Kieffer lab undertakes a broad field of research aimed at better understanding how beta-cells normally develop and function. Through a better understanding of how beta-cells develop and function, we can better develop and study gene therapies aimed at restoring beta-cell function and cell-therapies aimed at replacing beta-cells using a stem cell source of beta-cells.

By selectively and specifically manipulating genes in beta-cells, researchers can interrogate the role of individual genes in the function and development of beta-cells. In order to delete or activate genes, the most prevalent technology uses a tool borrowed from viruses that is a two-part system – a protein called “cre recombinase” that cuts DNA, and a DNA sequence called a “loxP site” that is the cutting target of cre recombinase. By placing loxP sites at specific places in the genome and expressing Cre in specific cells, Cre expressing cells will cut the genome at target sites to activate or inactivate gene expression. Conventionally, expression of Cre in specific cells has required use of special genetically modified mice that are extremely costly and time consuming to generate. As an alternative, we have designed and developed a novel gene therapy tool that can act as a “trojan horse” to selectively deliver Cre to beta-cells in the pancreas. We demonstrate the utility of the tool by studying the impact of loss of the insulin gene on beta-cell identity.

This tool will be broadly useful to researchers in the field of diabetes. We have multiple ongoing projects within the lab that will use this tool and we suggest that other research groups consider it as a new option for the study of the role of genes of interest in beta-cells.