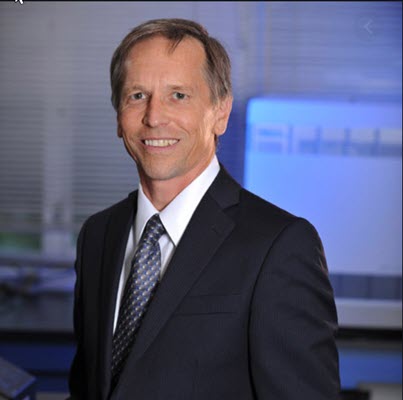 Dr. Michel Roberge on researching treatment of genetic diseases: to us, every day is Rare Disease Day

A specialist in chemical biology and drug discovery, Dr. Michel Roberge co-founded the Centre for Drug Research and Development in 2007, and made small molecule discoveries that opened many new avenues for cancer treatment.

In 2013, he turned his attention to a chronically underfunded, emotionally charged field in great need of champions: rare diseases.

“Many people might think, ‘I don’t know anybody affected by a rare disease’ – but I do – you do – a lot of people are affected,” says Dr. Roberge. “From one in 12 to one in 15 in the general population.”

For Dr. Roberge, that knowing is familial. His brother has had two children affected by a very rare genetic disorder that impacts all aspects of human development: cognition, the ability to move, and communication.

There are more than 7,000 distinct rare human diseases that affect up to 500 million people worldwide. Most of these conditions have no identified treatments, and about one third of patients die in childhood. As only a small number of people – typically fewer than 1 in 2,000 – may be affected by an individual rare disease, studying the biology of single diseases, as well as developing therapies is very challenging.

At the same time, about 10 percent of patients share a common mutation type – nonsense mutations. The nonsense mutation creates a premature stop codon, or signal in the defective gene, telling the gene to stop the production of a full-length and functional protein. This may produce a range of debilitating or even lethal effects on the body. Restoring the function of the mutated gene is a key treatment goal for genetic diseases, as well as for cancer, where about 10 percent of mutations in tumor suppressor genes are nonsense mutations, according to the Rare Disease Foundation.

The only potential treatment was a group of antibiotics called aminoglycosides. These antibiotics suppress premature stop signals, and restore the production of full-length functional protein, but only in very small amounts. Used alone, aminoglycosides are only effective at high doses that are too toxic to patients.

With seed money from the Rare Disease Foundation, Dr. Roberge set his sights on identifying new, safer therapeutic solutions. Together with a team at CDRD, he and his lab screened more than 200,000 chemical-compounds and discovered a number of novel molecules that when combined with lower, less toxic doses of aminoglycosides, enhance suppression of the premature stop signals. Modification of these compounds resulted in novel molecules that have opened up the possibility of treating patients across a broader spectrum of genetic diseases caused by nonsense mutations.

“Having the Rare Disease Foundation come to the table as our first funding partner, and then having CDRD offer up their drug development expertise and infrastructure allowed us to move from just a novel idea to developing new molecules with therapeutic potential,” Dr. Roberge stated in a press release published by the Rare Disease Foundation. “It also allowed us to then attract additional funding partners including Genome British Columbia, The Canadian Institutes of Health Research and the Canadian Cancer Society, to take this work to the next stage of development.”

“Funding is in this field is really hard to get,” says Dr. Roberge. “Thankfully, somebody thought of the multinational approach.”

E-Rare is an initiative that links research funding organizations from many European countries as well as Canada to support collaborative, multidisciplinary and ambitious projects on rare diseases. E-Rare funded a project on epidermolysis bullosa (EB) therapies from Dr. Roberge and collaborators in Spain, Germany and France.

EB is caused by mutations in different genes involved in attaching the epidermis to the dermis, resulting in severe and painful blistering of the skin and of the lining of the intestinal tract. Our team is developing different therapeutic approaches ranging from gene therapy to suppression of nonsense mutations by “readthrough” drugs.

“I am a basic scientist and started doing research on readthrough largely because my brother had two kids with a rare genetic disease. I wanted to do something about it.”

As his interest and involvement deepened, Dr. Roberge met parents and clinicians at conferences. Parents also called him on the phone. “The need is high,” he says. “They are desperate. Typically, their child’s conditions worsens rapidly and they want treatments – now.”

Increasing the amount of functional protein by readthrough drugs has potential to treat a large number of genetic diseases that start in childhood, such as EB, Duchenne’s Muscular Dystrophy and lysosomal storage disorders, which Dr. Roberge has a particular interest in. It also has potential to treat genetic diseases that manifest themselves in adulthood, such as frontotemporal dementia caused nonsense mutations in the granulin gene, which he is studying together with Dr. Haakon Nygaard at UBC.

“We need new drugs for treatment of rare genetic diseases, he adds, “and that’s what my entire group is now focusing on. I have tenure and an established lab, which gave me the flexibility to switch research directions and start working on new small molecules that will induce readthrough.

Bio
Dr. Michel Roberge is a Professor in the Department of Biochemistry and Molecular Biology at the University of British Columbia based at the Life Sciences Institute. He obtained his PhD from the University of Heidelberg, Germany, and carried out postdoctoral work at the University of California, Davis, USA and at the Swiss Institute for Cancer Research, Epalinges, Switzerland. He has been at UBC since 1991. He has trained 17 graduate students, 10 postdoctoral fellows and over 60 undergraduate students. He was a co-founder of the Centre for Drug Research and Development, he has served as CDRD Scientific Director and Chair of the Centre’s Drug Screening Division. He specializes in chemical biology and drug discovery. He is a leader in the development of cell-based and high content screening assays. His work has led to the identification of small molecules affecting diverse cellular processes and enzymes such as autophagy, cancer cell invasion, cell cycle checkpoints, mitotic progression, mitotic slippage, mTOR signaling, protein phosphatases, v-ATPase and indoleamine dioxygenase, for the treatment of cancer. His work is currently focused on the discovery and development of bioactive small molecules for the treatment of rare genetic diseases.