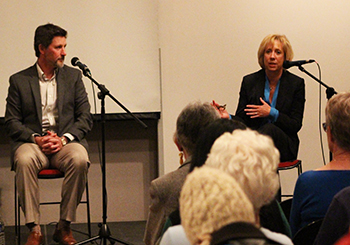 Public Talk: Your Microbiome – How the Bugs Living in You and on You Affect Your Health

On Wed. April, 6 at Vancouver Public Library – Central Branch, over 230 people attended the fourth and final LSI Public Talk of this season’s Personalized Medicine-themed series: Your Microbiome – How the Bugs Living in You and on You Affect Your Health.

The event featured the following speakers: 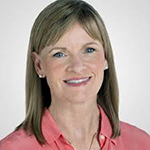 Linda Aylesworth is a reporter with Global BC and has been with Global since 1981. She graduated from the BCIT Journalism program and her years spent studying biology led her to specialize in health, science and environmental journalism. Aylesworth’s reports have earned her an Edward R. Murrow Award for Feature Reporting, one National and two Regional Radio-Television News Directors Association Dave Rogers Awards, and a Jack Webster Award for best science reporting. 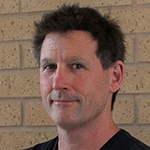 Mohn is a Professor in the Department of Microbiology & Immunology at UBC.  Prof. Mohn is a microbial ecologist who studies microbiomes in diverse environments, from humans to forest soils, with an emphasis on metabolism in those environments.  The work is relevant to human health, biotechnology and environmental stewardship.

What Everyone Should Know About Their Microbiome

What is a Microbiome? It’s an ecological community of microorganisms associated with a particular environment or host organism… like you, for example. Everyone has more than 100 trillion microorganisms in their body. According to UBC Prof. Bill Mohn, together they weigh about 2.5 pounds! Your microbiome plays critical roles in the functioning of your body including immune system development & regulation, digestion & energy harvest, synthesis of vitamins & hormones, protection from pathogens and metabolism of drugs. Perturbation of the microbiome is associated with many diseases.

Over the last fifty years, as infectious diseases such as measles, mumps, hepatitis A and tuberculosis have drastically declined through improvements in hygiene and vaccinations, there has been a large increase in the incidence of allergies, multiple sclerosis, digestive disorders, weight problems, type 1 diabetes, many of which are auto-immune disorders. Are we leading lives that are too clean? We are certainly taking too many antibiotics, which kill both the bad bacteria and the good in our bodies.

Watch Linda Aylesworth’s interview with Prof. Bill Mohn on Global News BC (below): 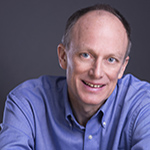 Brett Finlay is the Peter Wall Distinguished Professor in the Michael Smith Laboratories at UBC.  He is a world expert in microbiology, especially infectious diseases and the microbiota, publishing over 450 scientific papers in these areas.

How Can Microbes Change the Future of Human Health?

Technology has played a big role in our ability to characterize and compare microbiomes between individuals and between healthy and disease states. In future, genomic sequencing methods will replace the crude diagnostic method of looking at them under a microscope and this will provide an accurate and personal profile. Want to learn more without battling scientific jargon? Look for a new book by Dr. Brett Finlay and Dr. Marie-Claire Arrieta in Fall 2016 called “Let Them Eat Dirt”, to be published by Greystone Books in Canada. 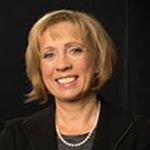 Dr. Deborah Money is a Professor in Obstetrics and Gynecology at UBC and is the Executive Vice-Dean of the Faculty of Medicine. She is a clinician/scientist in the area of Reproductive Infectious Diseases and conducts research into the role of the vaginal microbiome in women’s reproductive health.

Women’s Health: How is the Vaginal Microbiome Important?

A woman’s microbiome plays a specific important role in her health and that of her children. An abnormal microbial balance in the vagina is associated with increased risk of premature birth and with post-surgical infections (e.g. after caesarian section). This is an active area of research for Dr. Money.

The Life Sciences Institute (LSI) annually hosts the LSI Public Talks, a series of informal panel discussions and audience Q & A that aim to help the public understand how our research has an impact on their lives. The 2015-2016 series focused on personalized medicine and how we are working to change clinical practice, improve health outcomes, and reduce health costs.