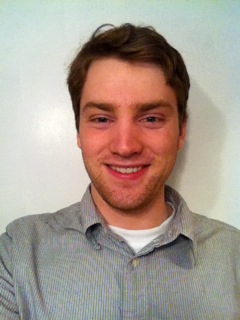 Neurons of the central nervous system communicate between one another through highly specialized regions of cell-cell contact called synapses. Synapses are highly plastic structures that are continually modified in response to changes in neuronal activity. These activity-induced changes in synapse structure and function are thought to underlie learning and memory and other complex behaviors. Despite its importance, very little is known about the molecular mechanisms by which changes in neuronal activity translate into altered synapse adhesion, structure and efficacy.

Cadherins are adhesion molecules that have been shown to link pre and postsynaptic compartments and shown to exert well-studied roles in synaptic plasticity, a fundamental process in learning and memory. Previous work has demonstrated that the intracellular cadherin binding protein, δ-catenin, is transiently palmitoylated following enhanced synaptic activity, and that palmitoylation increases δ-catenin/cadherin interactions at synapses [1]. Palmitoylation of δ-catenin and its binding to cadherin was specifically shown to be required for activity-induced stabilization of N-cadherin at synapses as well as involved in the enlargement of postsynaptic spines [1], supporting a critical role for palmitoylated d-catenin in regulating synapse plasticity.

The requirement of palmitoylated d-catenin for activity-dependent synapse remodeling and function suggests an important role for the enzyme(s) responsible for mediating the post-translational palmitoylation of δ-catenin, which are termed palmitoyl-acyl transferases (PATs). Recent studies have identified a family of 23 proteins containing a conserved DHHC (aspartate-histidine-histidine-cysteine) motif as PATs in mammalian cells [2]. An overexpression screen among all DHHC proteins in heterologous cells identified DHHC5 as a potential PAT for d-catenin, and suggested an important role for this protein at the synapse. A major mechanism by which the strength of synaptic transmission can be altered is through the trafficking and surface insertion of α-amino-3-hydroxy-5-methyl-4-isoxazolepropionic acid receptors (AMPARs) at the postsynaptic membrane. Increased synaptic activity enhances the surface insertion of AMPARs, resulting in enhanced synapse transmission, and our laboratory previously demonstrated that loss of palmitoylated d-catenin inhibited this activity-induced increase [1]. This result suggested that DHHC5-mediated palmitoylation of d-catenin may regulate postsynaptic AMPAR insertion.

Using live time-lapse imaging of cultured hippocampal neurons, I sought to determine the involvement of PAT candidate, DHHC5 in activity-induced changes in synapse efficacy. I blocked the expression of DHHC5 protein in rat hippocampal neurons in culture by knock-down using shRNA. The effect of this knockdown on activity-induced synaptic changes was measured through fluorescence confocal microscopy of the AMPAR subunit GluR1, tagged with a pH-sensitive variant of green fluorescent protein (GFP) that specifically fluoresces at the cell surface, called super ecliptic pHluorin (SEP). SEP-GluR1 is increasingly recruited to the postsynaptic membrane following activity, and this requires palmitoylation of δ-catenin. Preliminary results indicate that DHHC5 knock-down cells exhibited deficient activity-dependent insertion of GluR1 compared to control cells, supporting a role for DHHC5 in activity-induced AMPAR insertion. However, further experiments involving a rescue of DHHC5 expression in knockdown cells are required to show definitively that the reduction in GluR1 recruitment is due to the inability of DHHC5 to palmitoylate δ-catenin. Together, the results indicate a requirement of DHHC5 and palmitoylated d-catenin for activity-induced enhancements of synapse transmission, and future experiments will determine if a pathway involving the palmitoylation of d-catenin by DHHC5 is specifically required for synaptic AMPAR insertion. 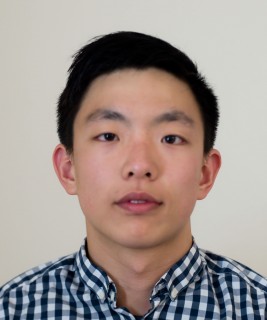 With the support of the Fisher Scientific-LSI summer studentship, Roger Zhang examined a new mechanism by which mutations in a potassium channel found in pancreatic insulin-producing cells can lead to diabetes. Neonatal diabetes is a unique form of juvenile diabetes, caused by inheritance of mutations in genes that encode ATP-sensitive potassium (KATP) channels. These ion channels are specialized proteins that function as ‘translators’ of cellular metabolism into electrical signals, and are the essential triggers of insulin release from pancreatic β-cells after we ingest of a meal. Neonatal diabetes-linked KATP channel mutations cause these channels to lose their ability to sense intracellular ATP (the ‘currency’ of metabolism and energy transfer in all cells), and therefore affected individuals lose the ability to trigger secretion of insulin. Roger implemented and applied a new method in our lab that allowed him to characterize how fast ATP binds and unbinds the target KATP channel, and how this is affected by mutations that cause neonatal diabetes. Roger discovered a distinct subset of disease-linked mutations that dramatically change the speed with which these channels to respond to changes in ATP concentration. Specifically, he discovered two amino acids that are very close to one another in the three dimensional structure of the protein, and form a close interaction that appears to be profoundly important for controlling how fast these ion channel proteins open and close. Using diverse approaches for single molecule recording, and for subtle alteration of the structure of the KATP channel protein, Roger’s work has identified a new mechanism by which KATP channel mutations cause neonatal diabetes. Furthermore, his study will impact future work on related ion channels involved in other diseases, because the interaction he identified is conserved in many ion channel types.